In its 4th round, Biker Zone launches the colours of adventure 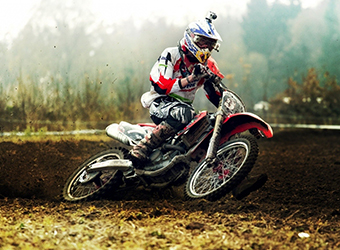 Following the smashing success of the previous three rounds of Biker Zone, the first and most renowned Egyptian event in the field of free sports, adventure sports, motorsports, and Bicycles, Phenomena – the organiser of Biker Zone – announced the date of holding the fourth round in the period next April 20th-21st at Cairo Festival City in the Fifth Settlement – New Cairo.

Over the past three years, Biker Zone has become the focus of interest and attention for many Egyptians of different categories and ages to become a success story born from a mere idea.

“We are very proud and happy with the success of Biker Zone for the fourth year in a row,” Mahmoud Mazen, Managing Director of Phenomena – the organizer of the event – said. “This year the event holds many new zones and different great surprises. All lovers of sports of all ages will enjoy themselves and spend a great time with us, which is our main intention from this event. It’s another successful round for Biker Zone with many more to come in the future,” he added.

Biker Zone is considered the first and biggest get together of all adventure and free sports’ lovers of all kinds such as motorsports and air bikes, safaris and desert activities, 4-wheel drive vehicles, scouts, capoeira, parkour and many other creative and free sports and activities.

This year’s event is held with the presence and under the sponsorship of many multinational companies to introduce several products and services, as for the two wheels and automotive industry well-known brands like Ducati, Yamaha, Kymco, Matgar, Zontas, Benelli, and Piaggio, in addition to oil industry leaders Mobil and Havoline, as well as battery industry majors Motobatt, and spare parts industry NGK. The event will be held under the medical supervision of the event’s medial partner Andalusia Hospital, and its security partner Forces, this year’s radio sponsor is NILEFM.

All these participants will serve and occupy the needs and interests of the event’s visitors.

The fourth round of Biker Zone witnesses the launching of several new activities and new communities as fishing, water sports and paragliding, as long with another newly launched zone is the free sports zone “Get Moving”, which basically aims at supporting, motivating, and showcasing several independent sports that are increasingly meeting with strong public support and interest.

The organisers also mentioned that one of the most important zones is the “Off Road” zone, allocated to desert adventurers and lovers of 4-wheel drive cars and desert motor bikes. They also announced the existence of many new surprises and important statements in the coming period.