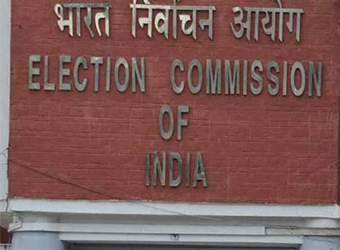 Assembly elections will begin in five Indian states in February, the Election Commission of India has announced.

Polling will be held from 4 February to 8 March. Votes will be counted on 11 March.

Analysts say that the effect of the rupee ban is expected to play a crucial role in all five state elections.

The government said the ban on 500 and 1,000 rupee notes was to curb corruption and the illegal hoarding of wealth as well as promote a shift to digital modes of payment. However, critics said the ban mostly impacted the poor and agrarian communities who largely depend on cash for their daily transactions.

Mr Zaidi said a total of 160 million voters would be eligible to cast their votes in the five states.

A victory in this state will be crucial to India’s ruling BJP, but they will be up against two strong regional parties, the Samajwadi Party (SP) which currently rules the state and the Bahujan Samajwadi Party (BSP), which is led by Dalit icon and former chief minister Mayawati.

The north-eastern state of Manipur will go to polls in two phases on 4 and 8 March.

Goa is currently ruled by the BJP while India’s main opposition party Congress governs Manipur and Uttarakhand. Punjab is ruled by an alliance between the BJP and the regional Shiromani Akali Dal (SAD) party.

Mr Zaidi said that steps were being taken to encourage the participation of women in all five state elections.

Some polling booths will be entirely staffed by women, and separate facilities will be provided for them in areas where there is reluctance to mingle with men. The elections will also be disabled friendly with wheelchairs and ramps provided at booths for those who need them.