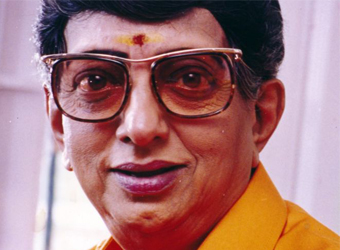 He was a long-standing confidante of Tamil Nadu chief minister J Jayalalitha, and was admitted in the same Chennai hospital where she died on Monday.

His Thuglak magazine was known for the stand it took on issues like media freedom and the freedom of expression.

Prime Minister Narendra Modi said he was pained by Mr Ramaswamy’s death and described him as a “dear friend”.

“Cho Ramaswamy was insightful, frank and brilliant. Pained by his demise. Condolences to his family & countless readers of Thuglak,” he tweeted.

The hashtag #ChoRamaswamy has been trending on Twitter India since Wednesday morning.

Thuglak magazine, which was named after a hit Tamil play authored by Mr Ramaswamy, was published with a black front page when India suspended civil liberties and declared a state of emergency in 1975.

It was also the only magazine to repeat the black front page when the 16th Century Babri mosque was torn down by Hindu extremists in 1992.

“Cho was distinctive, almost unique, in Tamil Nadu for his style of satire and his method of communication. He was a major figure on stage contemporarising historical events,” N Ram, publisher of The Hindu newspaper, told BBC Hindi.

FM in negotiations to release 49 Egyptians detained in Yemen