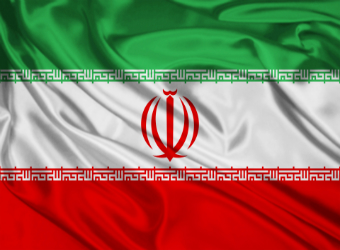 Iran has named a member of the militant group that held 52 Americans hostage in Tehran for 444 days to be its next ambassador to the United Nations.

The Iranian government has applied for a U.S. visa for Hamid Aboutalebi, Iran’s former ambassador to Belgium and Italy, who was a member of the Muslim Students Following the Imam’s Line, a group of radical students that seized the U.S. embassy on Nov. 4, 1979. Imam was an honorific used for Ayatollah Ruhollah Khomeini, the leader of the Islamic Revolution.

Relations between the Islamic Republic and the U.S. and its allies are beginning to emerge from the deep freeze that began when the self-proclaimed Iranian students overrun the embassy and took the hostages. The State Department hasn’t responded to the visa application, according to an Iranian diplomat.

A controversy over Aboutalebi’s appointment could spark demands on Capitol Hill and beyond during this congressional election year for the Obama administration to take the unusual step of denying a visa to an official posted to the UN. It also could hamper progress toward a comprehensive agreement to curb Iran’s nuclear program, which the U.S. and five other world powers are seeking to negotiate with Iran by July 20.

Iranian President Hassan Rouhani chose Aboutalebi to serve at the UN, which is headquartered in New York City on international, soil after the interim nuclear deal was forged last Nov. 24.

“There’ll not be any rapprochement with Iran until hostages are compensated for their torture,” said Tom Lankford, an Alexandria, Virginia-based lawyer who’s been trying to win compensation for the hostages since 2000. “It’s important that no state sponsor of terror can avoid paying for acts of terror.”

Anyone connected with the hostage-takers shouldn’t get a U.S. visa, said a former hostage and U.S. diplomat. He requested anonymity to avoid renewed attention.

Aboutalebi has said he didn’t take part in the initial occupation of the embassy, and acted as translator and negotiator, according to an interview he gave to the Khabaronline news website in Iran.

“On a few other occasions, when they needed to translate something in relation with their contacts with other countries, I translated their material into English or French,” Aboutalebi said, according to Khabaronline. “I did the translation during a press conference when the female and black staffers of the embassy were released, and it was purely based on humanitarian motivations.”

He referred to the release of some embassy staff members during the first few weeks of the crisis in November 1979.

Although Aboutalebi downplays his involvement, his photograph is displayed on Taskhir, the website of the Muslim Students Following the Imam’s Line. Taskhir can mean both capture and occupation in Persian.

According to Mohammad Hashemi, one of the students who led the occupation of the embassy, Iran’s revolutionary government sent Aboutalebi and Abbas Abdi, another architect of the occupation, as emissaries to Algiers. The Algerian capital at that time was a mecca of third-world liberation movements, including the Palestine Liberation Organization.

Hamid Babaei, a spokesman for the Iran’s UN Mission in New York, declined to comment.

“We don’t as a matter of practice comment on visa applications.” said Marie Harf, deputy State Department spokeswoman. “People are free to apply,” and the U.S. has a process to review all visas, she said.

Asked if the U.S. is aware that Aboutalebi was a member of the hostage-taking group, Harf declined to comment.

“Anyone can submit a visa application, and it will be evaluated as we do all visa applications, in accordance with our procedures,” she said. “We don’t speculate on what the outcome might be.”

The U.S. is obliged to grant entry visas to representatives of UN member-states in accordance with an agreement signed in 1947.

Sudanese President Omar al-Bashir decided not to attend last year’s General Assembly session after not receiving a response to his visa application from the State Department. Bashir is subject to outstanding arrest warrants from the International Criminal Court for crimes against humanity and referral for trial in The Hague. While the U.S. isn’t a party to the ICC, the court has asked American authorities to surrender Bashir if he enters U.S. territory.

Russian UN Ambassador Vitaly Churkin accused the U.S. of denying a visa for Abkhazia’s then-foreign minister Sergei Shamba in 2007, when he sought to attend a Security Council meeting. Then-National Security Council spokesman Sean McCormack, now a vice president of Chicago-based Boeing Co. (BA), said Shamba withdrew his visa request before the U.S. made a decision on his application.

The U.S. doesn’t recognize Abkhazia as an independent territory because it broke away from Georgia in 2008.

Some U.S. foes have received visas in the past, said Gary Sick, the top Iran expert on President Jimmy Carter’s National Security Council staff during the hostage crisis.

“All kinds of leaders from Cuba to Africa who could be accused of horrible crimes and opposing U.S. policies have received visas,” Sick said. “There is no way to know why some people get the visa and some don’t.”

Some of the students who took the hostages formed the backbone of Iran’s Intelligence Ministry, according to the book “Guests of the Ayatollah,” by Mark Bowden.

Others have had extended political careers. Masoumeh Ebtekar, a former spokeswoman for the hostage-takers, is a vice president in Iran under Rouhani and head of the Department of Environment.

Others fell out of favor amid shifting political developments in Iran. Abdi, one of the first to enter the embassy compound, became the editor of reformist newspaper Salaam, which was shut down in 1999. He was sentenced to five years in prison in 2003, and released in 2005.