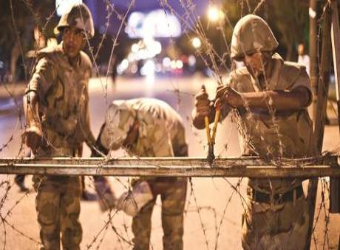 A retired military colonel was shot dead by a masked group of assailants in Ismailia, near a desert highway connecting the Suez Canal city and Cairo.

The armed group opened fire at 45-year-old Mohamed Abdel-Salam while he was in a car in front of Al-Safa Mosque, according to Al-Ahram’s Arabic news website.

Abdel-Salam was shot in the head and the foot and died immediately, reported Al-Ahram.

Egypt has seen a spike in terrorist attacks mainly targeting security installations and personnel since the ouster of Islamist president Mohamed Morsi in July 2013.

A statement issued by the Egyptian foreign ministry on Saturday revealed that 469 people have died from militant attacks following Morsi’s ouster.