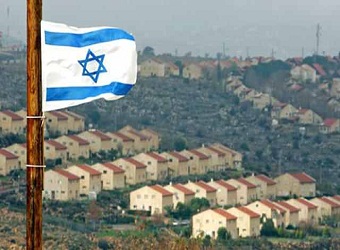 Israel said on Friday it would cut $6 million in funding to the United Nations in 2017 in protest against a U.N. Security Council resolution that demanded an end to Israeli settlement building on land Palestinians want for an independent state.

The United States abstained from the Dec. 23 vote, allowing the 15-member Security Council to adopt the resolution with 14 votes in favor. Israel and U.S. President-elect Donald Trump had called for Washington to wield its veto.

Israel’s mission to the United Nations said funding would be cut to U.N. bodies it described as “anti-Israel,” including the Committee on the Exercise of the Inalienable Rights of the Palestinian People and the Division for Palestinian Rights.

“It is unreasonable for Israel to fund bodies that operate against us at the U.N.,” Israeli U.N. Ambassador Danny Danon said in a statement. “The U.N. must end the absurd reality in which it supports bodies whose sole intent is to spread incitement and anti-Israel propaganda.”

The Israeli mission said it would move ahead with further initiatives aimed at ending anti-Israel activities at the United Nations after Trump takes office on Jan. 20.

The Palestinians want an independent state in the West Bank, Gaza and East Jerusalem, areas Israel captured in a 1967 war. Most countries and the United Nations view Israeli West Bank settlements as illegal and an obstacle to peace.

Israel disputes that settlements are illegal and says their final status should be determined in any future talks on Palestinian statehood. The last round of U.S.-led peace talks between the Israelis and Palestinians collapsed in 2014.

The Security Council last adopted a resolution critical of settlements in 1979, with the United States also abstaining.

Mexico will pay US back for wall