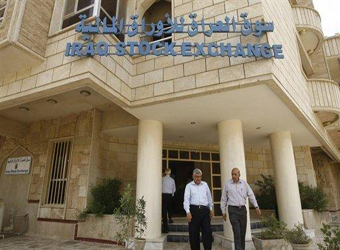 The Iraqi Stock Exchange index increased by 0.2% to close at 122.7 points as rates of shares of 26 out of a total 51 companies were up during Thursday’s session of trading worth 1.834 billion Iraqi dinars (roughly $1.6 million). About one billion shares exchanged hands through 607 trading deals in the session that saw rates of shares of 26 companies up, 10 down and 15 keeping their previous levels.

Trading was frail over the sectors of agriculture, insurance, investment and service.

BP estimates $7.8 billion to deal over the Mexican Gulf spill