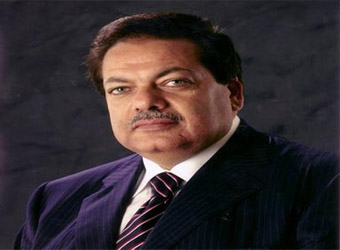 Mohamed Abou El-Enein, the head of the European-Egyptian Business Council (EEBC), said on Monday that Italian investors are keen on doing business in Egypt, citing the renewed involvement of the Italian ambassador as a sign of an investment-friendly environment.

Abou El-Enein made the comments during a meeting of the EEBC in Cairo, which was attended by Italy’s ambassador to Cairo Giampaolo Cantini.

It was the first time Cantini had attended a council meeting since he was recalled to Rome after the killing of Italian PhD student Giulio Regeni in January 2016. The ambassador returned to Egypt in September this year, a move widely seen as marking an improvement in Egypt-Italy relations since the murder.

Abou El-Enein said Cantini’s return “provides a new opportunity for the resumption of [Italian] investments,” mainly in light of a newly introduced investment law that is intended to streamline doing business in Egypt and provide more incentives to investors.”

The EEBC chief said some Italian investors have showed interest in investing in Egypt, mainly in its Golden Triangle project – a free economic zone in the Eastern Desert dedicated to mining.

He called for bolstering Egyptian-Italian cooperation in technical education, increasing investment opportunities between the two countries, as well as boosting exports from small- and medium-sized projects targeting Italian markets.

Cantini said Egypt’s new investment law is one of the measures that would facilitate investment in the country and encourage investors to pump money into new areas in Egypt.

In August, Egypt’s cabinet passed regulations for the new investment law, which is aimed at attracting badly needed foreign investors to help the economy recover after the 2011 revolution.

The law is expected to reduce red tape, especially for new projects, and provides a raft of incentives to investors, including tax breaks. The law has been passed to Egypt’s administrative court for a final legal review before it comes into force.

The Italian ambassador said his country is looking forward to bolstering cooperation with Cairo, saying that there has been a boost in economic cooperation and trade exchange between the two countries of late. He said Italy aims to increase investmets in Egypt in the near future, mainly in food industries.

He added that there are good opportunities to promote tourism between the two nations, saying that Rome aims to send 1.1 million Italian tourists to Egypt.

Earlier in October, Pope Francis of the Vatican presented Egyptian Tourism Minister Yehia Rashid with an icon depicting the Holy Family in Egypt, which he had blessed.

The move was described by Rashid as “the crowning glory” of Egyptian government efforts to revive international Christian pilgrimage to Egypt.

The ministry said the blessing comes as an important step in the process of including the Egyptian routes in Roman Catholic pilgrimage programmes next year.