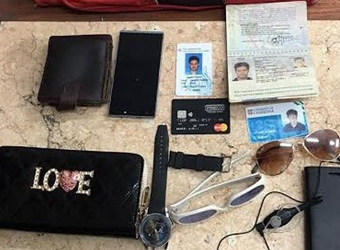 Italy rejected on Friday Egypt’s claim that it had identified the killers of an Italian graduate student whose tortured body was recovered last month, and Rome vowed to press on with its own murder investigation.

The broken body of Giulio Regeni, 28, was found on the outskirts of Cairo.

Human rights groups have said the signs of torture indicated the 28-year-old had been killed by Egyptian security forces, an allegation Cairo has vigorously denied. Regeni had written articles critical of the Egyptian government.

On Thursday Egyptian authorities said a criminal gang that had been killed in a shootout had had Regeni’s bag and passport in its possession – a statement that failed to convince Rome investigators, Italian politicians and also Regeni’s family.

“We are wounded and embittered by the latest attempt by Egyptian authorities to throw off track (the investigation) into the barbaric killing of our son, Giulio,” the newspaper La Reppublica quoted the parents as saying in a statement.

The evidence so far shared with a team of Italian investigators in Cairo “is not adequate in clarifying the death of Giulio Regeni and in identifying those responsible for the homicide”, he said in a statement.

Pignatone called on Egyptian investigators to provide the seven-member Italian team sent to Cairo almost two months ago with all the evidence they have requested.

The case has caused friction between Egypt and Italy, though it looks unlikely to drive a permanent wedge between them because of the two countries’ economic ties and Egypt’s strategic role in the Middle East.

“I don’t believe at all the ‘truth’ coming from the Egyptian authorities about Regeni’s death,” Giacomo Stucchi, president of Italy’s parliamentary secret service committee, said in a tweet.