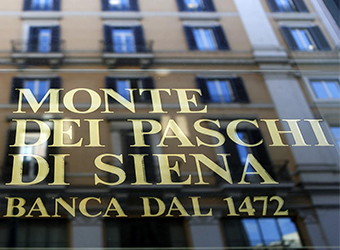 The higher cost of the state rescue is due to the fact that the European Central Bank has revised the bank’s capital shortfall to 8.8 billion euros from a previous estimate of €5 billion.

The bank requested government support – in the form of a precautionary recapitalisation by the state – last week after its plan to raise 5 billion euros from private investors flopped.

A €6.5 billion capital injection would give the Italian government a stake of around 70 percent in the lender.

The remaining €2.3 billion should come from the conversion into shares of subordinated bonds held by institutional investors, as required by new European rules for dealing with bank crises.

A precautionary recapitalisation is a type of state intervention in a struggling bank that is still solvent. It means only a modest bail-in of investors though the government can buy shares or bonds only on market terms endorsed by EU state aid officials in Brussels.

Under the scheme proposed by Italy, the government will compensate the 40,000 or so retail investors holding around €2 billion of the bank’s junior debt, who will convert their notes into shares.

The retail investors will be able to swap those shares for senior bonds, with the state buying back the shares from the bank. The scheme needs EU approval, which could take two to three months.

The ECB, which is close to completing an inspection of the bank’s loan portfolio, took a harsher stance on its capital shortfall to be “on the safe side and help restore confidence in the bank”, one of the sources said.

Monte dei Paschi, which has been in crisis mode for years, emerged as the weakest lender in European stress tests last summer.

The Tuscan bank, the world’s oldest, will use around a third of the €20 billion earmarked by the Italian government to bolster ailing lenders.

Shares and securities in the bank have been suspended from trading until the details of the rescue scheme – such as the price at which the government will buy the bank’s shares – become clearer.