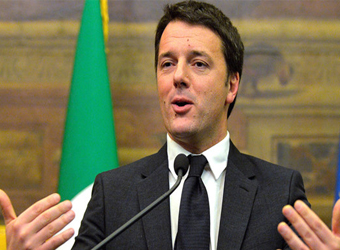 Italian President Sergio Mattarella is consulting with political parties to find a solution to the country’s political crisis. The talks should lead to an interim government instead of snapping elections, an analyst told CNBC on Friday.

“Presumably (Mattarella) will appoint an interim government, hopefully before the end of the year,” Federico Santi, Europe analyst at Eurasia Group, told CNBC on Friday.

“The risk of snap elections in the very near term is in fact quite low,” he added.

The reluctance to call an early election is down to the government’s defeat in the referendum on reforms to the Italian constitution. According to Santi, this leaves Italy’s electoral system in a “quite dysfunctional” state.

“The president will want to put in place a government that can oversee changes to that system to make sure that an election can be held,” Santi said.

If Mattarella appoints an interim government before the end of the year, the earliest possible date for snap elections is in March of next year.

“Some fixes will have to be necessary before an election,” Santi said regarding the country’s electoral system. Thus, the earliest date for elections “is probably March of next year.”