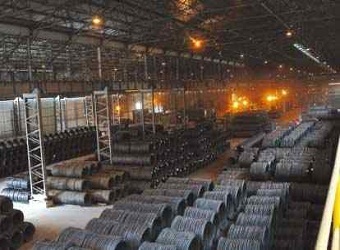 The European Union (EU) has launched an investigation into whether Chinese producers of certain corrosion-resistant steels are selling into Europe at unfairly low prices, in its latest action against cheap Chinese steel imports.

The European Commission has determined that a complaint brought by EU steelmakers association Eurofer merits an investigation, the EU’s official journal said on Friday.

The EU has imposed duties on a wide range of steel grades after investigations over the past few years to counter what EU steel producers say is a flood of steel sold at a loss due to Chinese overcapacity.

Some 5,000 jobs have been axed in the British steel industry in the last year, as it struggles to compete with cheap Chinese imports and high energy costs.

G20 governments recorecognized September that steel overcapacity was a serious problem. China, the source of 50 percent of the world’s steel and the largest steel consumer, has said the problem is a global one.

In October, the European Commission set provisional import tariffs of up to 73.7 percent for heavy plate steel and up to 22.6 percent for hot-rolled steel coming from China. Those investigations are set to conclude in April.