JPMorgan betting on a stronger yen 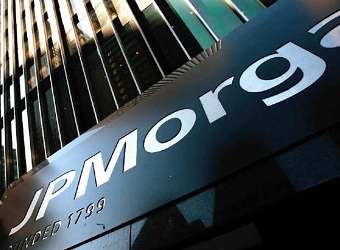 The yen was set to strengthen against the dollar, despite expectations that U.S. interest rates will increase this year, CNBC cites a foreign-exchange strategist at JPMorgan as saying.

The first reason that the dollar wasn’t likely to flex its muscles against the yen was that the U.S. Federal Reserve just isn’t that gung ho, Jonathan Cavenagh, head of emerging market Asia foreign-exchange strategy at JPMorgan, told CNBC’s “Street Signs” on Friday.

“While [the minutes were] sounding hawkish through some parts of the Fed, overall we don’t think there’s necessarily going to be an aggressive Fed tightening cycle, particularly in the first half of this year,” he said.

The Fed minutes, released on Wednesday, show officials discussed parts of the White House’s expected policies during their Jan. 31-Feb. 1 meeting and that they expected to raise interest rates again “fairly soon.”

But the markets appear to be forecasting that the Fed isn’t likely to move at its next meeting in March, potentially waiting as long as June. Cavenaugh said JPMorgan expected this year’s first hike wouldn’t be until May.

The yen weakened sharply in the wake of Donald Trump’s surprise U.S. presidential election win, which sent the greenback sharply higher. The dollar was fetching 112.78 yen at 3:29 p.m. HK/SIN on Friday, compared with around 103 yen at the beginning of November and as high as 118.60 yen earlier this year.

He pointed to another factor that could bolster the yen: Inflation.

“Inflation expectations generally around the globe are going to be trending higher and at some stage that may drive the Bank of Japan to reconsider its policy options,” he said. “That should then in turn play into a stronger yen story.”

The BOJ has taken essentially a “whatever it takes” stance on boosting inflation, saying it would maintain an easy stance until inflation exceeded its target of 2 percent “in a stable manner.”

Japan’s central bank has shifted to a yield curve control policy, targeting a zero yield on its 10-year Japanese government bond in conjunction with a quantitative easing program that expands the monetary base by 80 trillion yen ($709.26 billion) annually.

Cavenaugh also noted another reason to go short on the dollar/yen pair: The yen’s safe-haven status.

When markets turn risk-averse, funds tend to flow back into the yen, pushing up the Japanese currency.

“Being long yen also hedge the risks around equity market sentiment being quite bullish at the moment,” he said.

Google seeks businesses to text with its Android Messages service

China overtakes US and France as Germany’s largest trading partner