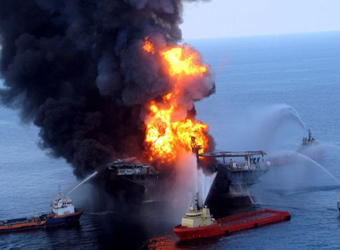 The sales purchasing agreement with Shell International Trading Middle East Ltd. will start in 2020, the companies said Sunday in an emailed statement. Shell has supplied Kuwait with the super-cooled fuel since 2010 and declined to say how much gas is covered under the new contract. While KPC is working to boost local natural gas production, Kuwait has a “pressing requirement” to secure natural gas supplies in the meantime, they said.

LNG could help meet Kuwait’s domestic demand for power to run air conditioners during hot summer months and cut the amount of crude oil burned instead of exported for profit. The contract will cover 2 million to 3 million metric tons of LNG a year, priced at 11 percent below a Brent benchmark, a person familiar said, asking not to be identified because terms of the deal are private.

“The big issue for Kuwait is they burn a lot of oil, most of their power generated is from oil, and so importing LNG for them is cheaper and frees up oil for export,” Robin Mills, chief executive officer of Dubai-based Qamar Energy, said by phone.

Kuwait wants cleaner burning energy sources such as natural gas to reduce emissions and improve air quality, according to the Shell and KPC statement.