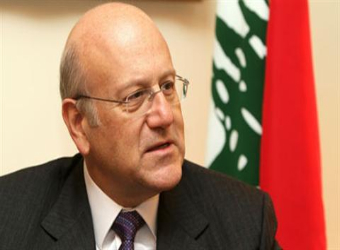 Caretaker Prime Minister of Lebanon Najib Mikati is stressing the importance of establishing a Common Arab Bank, to be responsible for funding the development activities in the Arab region.

The Prime Minister H.E. Mikati had deliver his luncheon keynote speech on Friday in the Lebanon Cabinet headquarters during honoring Arab key personalities participated in the Annual Arab Banking Conference 2013 held in Beirut.

“It is time now for the banking industry in the region to witness an Arab rating institution. Arab banks have to cooperate to found a Common Arab Bank so that it would relieve the burden of having foreign funding for the Arab enterprises.” said PM Mikati

The Lebanese prime minister further referred that the Arab solidarity shall provide a well-based protection umbrella over the Arab countries to maintain stability for the region.

The ongoing transitions hammered by the Arab region

He added that the Arab world has been recently hammered by political transitions which had reversely affected the diversified economic activities in the region. Yet, The Arab banking corporations have become more acquainted with the pivotal methods for dealing with the ongoing crises and transitions.

Hence, PM Mikati called on the Arab banking sector to prepare for the reconstruction of what has been destroyed by wars and conflicts.

In the past, Lebanon had paid a heavy price for the regional conflicts and now is trying its best to push away the danger of the ongoing disputes in the region, the prime minister noted.

Moreover, PM Mikati asserted that his country is getting to a grueling heavy-weight risky stage that requires the utmost levels of awareness and insight.  He also hoped that Lebanon would reach an economic recovery soon.

H.E. Mikati pointed out that the Lebanese banking sector is still recording reasonable growth rates, taking into consideration the efforts exerted by the local banks to maintain their credibility. Lebanon was hammered by the repercussions of the ongoing transitions in the region, he added.

Notwithstanding the ongoing political conflicts in the region, the Lebanese financial sector has secured the minimum level of growth, the prime minister noted.

On the repercussions of the ongoing disputes in the region,  H.E. Mikati referred that the volume of Arab investments shrank and Lebanon’s export movement was hurt, achieving no recent significant growth. In addition, the tourism sector in Lebanon has lost more than 43% of its tourist activities which had partially affected the country’s public finance.

On the refugees’ crisis, he said it was aggravated due to the fact that the refugees need more support and aids, which exceed Lebanon’s capabilities and potentials.

The prime minister concluded by saying that Lebanon still enjoys alluring investment opportunities. The required reforms to rebuild Lebanon’s economy are still attainable by the virtue of the country’s diversified fields and resources.

Under the title of “Economic Implications of Arab Transitions: Reforms and Role of Banks”, the Annual Arab Banking Conference 2013 have kicked off on Thursday in Beirut to be held for two days; on the 14th & 15th of November 201. The conference will also celebrate the 40 years anniversary of the Union of Arab Banks (UAB).