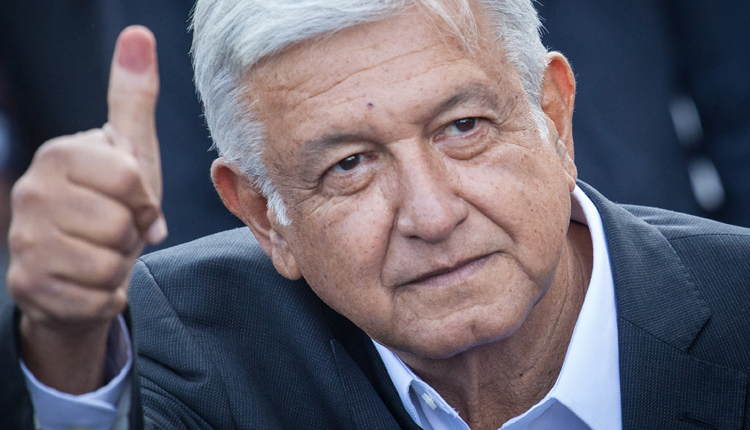 Andres Manuel Lopez Obrador won Mexico’s presidency in a landslide victory on Sunday, setting the stage for the most left-wing government in the country’s democratic history at a time of tense relations with the Trump administration.

The 64-year-old former Mexico City mayor won with the widest margin in a presidential election since the 1980s, according to an official quick count that showed him taking more than half the vote — some 30 points ahead of his nearest rival.

Pledging to eradicate corruption and subdue drug cartels with a less confrontational approach, Lopez Obrador will carry high expectations into office, while his efforts to reduce inequality will be watched closely by nervous investors.

His government could usher in greater scrutiny of foreign investment and a less accommodating approach to the United States.

The peso whipsawed through the day, strengthening then falling against the dollar after the scale of his victory became clear.

Investors are closely watching to see whether his four-year-old MORENA party ends up with a majority in Congress, a result that would allow him more freedom to change economic policy.

“The new project of the nation will try to seek an authentic democracy,” he said, in a conciliatory speech promising central bank independence and economic prudence, along with respect for individual freedoms.

“I want to go down in history as a good president of Mexico,” he said.

China drags on Asian markets , politics on euro and peso