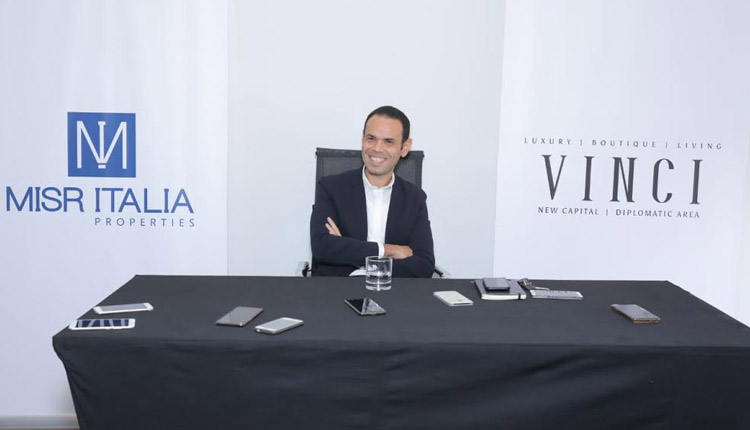 The project is the company’s second real estate endeavor in the new capital over 110 feddans, following the launch of IL BOSCO on a space of 200 feddans.

“We are targeting targets creating a utopian project immersing our unique clients into a world of luxury, beauty and nature,” Al Assal said.

The project includes different varieties of villas, twinhouses, and townhouses, in addition to luxurious apartments that range from one bedroom to four bedrooms, he said.

The project’s footprint totals to only 17 percent of the land leaving the remaining 83 percent to be developed into lush mesmerizing greenery, a captivating entertainment sector and vibrant commercial area.

“The project’s initial investment cost is estimated at 9 billion pounds,” he said.

Misr Italia Properties had earlier signed a contract with Hany Saad Innovations to design the architecture’s interiors and exteriors, embodying the essence of sophistication and customization, he explained.

In addition, CalissonRTKL with the co-operation of DMA developed the overall scheme of the project, implementing revolutionary concepts in line with internationally acknowledged standards and strategies.

The project is situated in one of the most prominent and upscale areas in the futuristic New Capital. Built with cutting edge technologies and unprecedented designs, Vinci will provide beautifully crafted designs and lavish livings to all its owners.

Kai Sokhna includes a huge residential resort, a 5 stars hotel that entails entertainment and luxury services managed by Hilton that is worth investments of 1 billion pounds.

Kai Sahel in North Coast includes swimmable lagoons with a total shoreline of 1200 meters and a 5 stars hotel with EGP 5 billion investments.

Located in New Cairo are the administrative project Cairo Business Park and the residential project La Nuova Vista, which includes 131 villas of around 800 million pounds worth of investments.

Least but not least, IL Bosco is located in the new capital and worth 16 billion pounds of investments.

Al-Assal revealed that Misr Italia signed a partnership agreement with El Mostakbal for Urban Development to develop a land plot on a space of 268 acresin New Cairo.