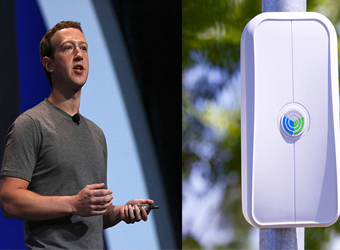 A grisly murder video has muddied Facebook’s pledge to clean up the social network. Mark Zuckerberg’s firm bungled its response to the posting of a man’s killing.

The incident jars with the company’s promise to police fake news and other objectionable posts. Silicon Valley’s content problem will need to be addressed by more than algorithms.

It took Facebook hours before it finally pulled a brutal video showcasing the killing of an elderly man on Sunday and then issued a tone-deaf statement referring to the post as this kind of content.

Somewhat surprisingly, Facebook’s share price rose one percent on Monday, adding $3 billion of market value. But investors may reconsider, as they did when a paying passenger was dragged off a United Airlines flight.

United’s stock rose at first, then declined when the scope of the incident, captured on a video that went viral, and the company’s bungled apology took its toll.

Advertisers, however, have been quick to mete out punishment for shoddy content.

The $400 billion social network’s value is ascribed to its dominance in digital advertising. Nomura analysts estimate that over the past three years, nearly 70 cents of every dollar of growth in the global ad market was captured by Google and Facebook.

But as evidenced by Google in recent weeks, brands will punch back. AT&T, Pepsi and a host of others boycotted the search giant’s YouTube on the grounds their ads could run next to questionable videos. Even traditional broadcast can get caught in the crosshairs.

In an earnings call in February, Zuckerberg highlighted the ability of artificial intelligence to weed out problematic and violent content because his company is grappling with its power to disseminate information to its some two billion users.

Google and Twitter lean too heavily on machines, too. This weekend’s tragedy is another sign that makes clear Silicon Valley’s content stewards need more costly humans in the mix.