NATO may expand defence spending in response to Trump 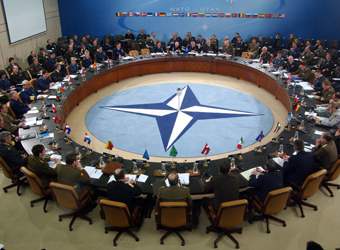 North Atlantic Treaty Organization (NATO) members may give into U.S. President Donald Trump’s demands and fork out more cash to fund their respective defence sectors, according to Washington-based think tank, the Cato Institute.

“I expect to see a modest increase in military expenditures by a number of NATO countries over the next few years. This would be beneficial, for them, and for global security, generally,” Christopher Preble, Cato’s vice president for defense and foreign policy, told CNBC on Thursday.

During his election campaign, Trump reproved European members for not doing enough to uphold their part of the alliance and rebuked them for not paying their bills.

In a July interview with the New York Times, he said the U.S. would offer military protection to NATO countries in the case of an attack only if members offered reasonable reimbursement.

As of 2015, only five of the 28 NATO nations, including the U.S., spent the required minimum of two percent of gross domestic product on defense.

For 2016 however, IHS Jane’s found overall NATO defense expenditure increased for the first time since 2010 in response to growing strategic challenges posed by the Islamic State (IS) and Russia.

Since the Republican’s election victory in November, European NATO members have announced plans to buy everything from new air defense systems to warships in response to Trump’s rebuke.

The mere emergence of Trump on the political arena was enough to rattle NATO members, according to Preble.

“The mere possibility that a U.S. president might not honor defense commitments made over several decades likely induced NATO member states that had grown dependent upon the American security umbrella to hedge their bets…Trump’s criticisms of NATO might have prompted some changes in the alliance’s posture even if he had not been elected.”

For now, President Trump looks poised to stick with that theme of burden sharing, based on his ‘America First’ remarks in his inaugural address, Preble continued.

“NATO may not become obsolete, but it does need to consider the structure of the alliance. At the bare minimum, NATO will continue to exist as a coordinating mechanism that allows member states to share information and work together on security operations.”

Egypt says receives 120,000 tonnes of sugar from Brazil and France