NBK Rebrands its Subsidiary in Egypt 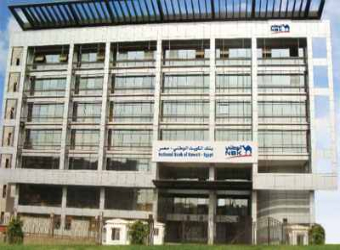 National Bank of Kuwait Group (NBK), the largest financial institution in the country, rebranded its subsidiary in Egypt, Al Watany Bank of Egypt (AWB), under the new name NBK-Egypt.

Al Sager said: “The rebranding of NBK’s subsidiary in Egypt comes in tandem with the bank’s strategy to strengthen its presence in Egypt and reflects our increasing confidence in the Egyptian economy. The Egyptian economy is one of the largest economies in the Arab world and enjoys positive outlook and growth prospects despite the ongoing challenges.”

“NBK’s presence in Egypt represents a long-term investment. NBK was among the first banks in the GCC to enter the Egyptian market in 2007. Since the acquisition, NBK-Egypt has been able to deliver strong growth surpassing the sector’s average,” Al Sager added.

“The rebranding under the Group name will further support the bank’s operations in Egypt benefiting from NBK’s leading position regionally and its strong reputation as one of the safest banks in the world and the highest rated in the Middle East.”

Richani said that Egypt has been a main pillar in the growing contribution of the international operations to NBK’s Group profits. NBK is well-positioned to benefit from the forthcoming growth in the Egyptian market.

Arab Orient Takaful’s Assembly to Surge its Capital to EGP77.3m