No Hostile Policies Adopted Against Sawiris Or Any Businessmen; Says Morsi’s Aide 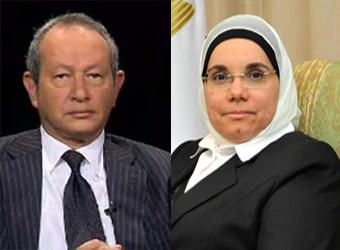 Egyptian President Mohamed Morsi’s adviser for political affairs, Pakinam El-Sharkawy has invited business tycoon Naguib Sawiris to return to the country noting that the government is not adopting a hostile policy against the Sawiris family or any other businessmen.

The current dispute with Sawiris should be solved via legal channels, El-Sharkawy told Al-Masry Al-Youm newspaper before the Egyptian delegation to the Fifty-seventh UN Commission on the Status of Women leaves New York after meeting with a number of US officials in foreign secretary, Congress, and the IMF.

The Egyptian government is not only encouraging the Arab and foreign investors to come and inject more investments in the country but also it urges all the Egyptian businessmen – who left the country, to come back and take part in supporting the national economy, El-Sharkawy added.

Egypt unveils first death of doctor due to…

Alibaba to buy at least 10% stake in China’s…