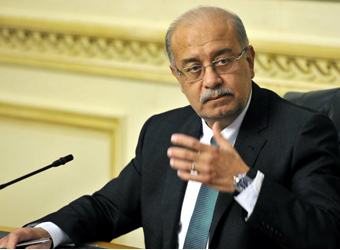 Prime Minister Sherif Ismail met with 13 representatives from the Nubian protesters on Wednesday evening, in which both sides agreed to suspend the protests or any intended escalation for one month from the meeting date to give the government a chance to fulfill the Nubians’ demands, according to state-run Al-Ahram.

During the meeting, the Nubians discussed their demands and the reasons that encouraged them to form “The Nubian Return Caravan”, as well as gave an account of how security forces harassed their protest, which led to casualties.

After seven hours of discussions at the cabinet headquarters, the prime minister decided to form a committee from the cabinet that will review maps and coordinates of the areas of the disputed village Khor Kindi. This will be followed by the division of the border in preparation of removing the village from the plans of the 1.5m acre reclamation project, which threatened to encroach on the Nubians’ ancestral lands. The committee will include members from the Nubian caravan and Abdel Sabour.

Abdul Aal pledged that the parliament will discuss the law governing the authority responsible for the development, reconstruction, and the resettlement of Nubians, but did not determine a specific timeline. However, Abdel Sabour said he will submit the Nubians’ draft law to parliament within days, after legal review.  Abdel Sabour added that he will study the Nubians’ demands and will forward them to the Aswan governor and President Abdel Fattah Al-Sisi.

Ismail explained that the Egyptian Countryside Development Company had not yet allocated any land to the project, and that what had been announced previously were preliminary suggestions, adding that the Nubians have absolute priority for their lands.

The presidential Decree 444, issued in 2014, designated a large stretch of land in Nubia as a restricted military zone, leading to Nubians being restricted from accessing 17 villages. Abdul Al commented on the decree, saying that it was not presented to parliament, as it is a sovereign decision that cannot be voted on, besides being connected to national security.

The cabinet and parliament meeting was postponed from Saturday to Wednesday, since Abdul Aal had not been able to attend at an earlier time.

Nubian protesters had previously suspended their protest last week after a member of parliament promised a cabinet meeting would result in solutions favourable to the protesters.

On 19 November, a caravan of 25 microbuses carrying dozens of Nubians from different governorates across the country headed for the disputed villages. When they found that security forces had blocked the road, they decided to protest on Abu Simbel road in south Aswan.

Security forces surrounded the protestors from both sides, blocking roads to prevent them from leaving and acquiring food or drink. Protests were ongoing for about four days. Several opposition groups and activists have condemned the actions of security forces.

Nubians are demanding that their land be excluded from the project via presidential decree. State media has often portrayed the Nubian people as calling for division in society and separation from Egypt. The legitimacy of their issues has been downplayed and diminished throughout the last century and continues today.