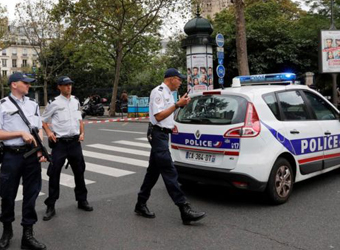 Europol has warned that militants from so-called Islamic State (IS) will aim to step up attacks on European targets, as they face defeat in the Middle East.

The European police force says more foreign fighters will try to come back to Europe, and “several dozen” capable of attacks could already be there.

Their tactics could include car bombs, kidnappings and extortion, it said.

But the report plays down the likelihood of attacks on critical infrastructure, such as nuclear sites.

It says that IS militants now prefer soft targets, and there is now a greater emphasis on “lone actors” such as the perpetrator of the lorry attack in Nice in July.

It warns that some Syrian refugees in Europe may be vulnerable to recruitment by extremists who infiltrate refugee camps.

Europe has been shaken by a series of attacks in recent years blamed on IS militants.

The report said the EU faced a range of threats and attacks from both organised networks and lone actors, either directed or inspired by IS and involving a range of weapons including bladed weapons and vehicles.

Home-made, commercial and military explosives in improvised devices such as those used in Syria and Iraq had not yet been used in Europe but this was “conceivable… at some stage”, it added.

November 2015 – Attacks on Bataclan concert hall and bars and restaurants in Paris. 130 killed

“The so-called Islamic State has proven to be very effective in inspiring people to commit terrorist acts and in setting attacks in motion themselves,” the report said.

But he cautioned against complacency regarding potential terrorists: “They’re resorting to random attacks by lone actors,” he said.

“The threat is diverse and challenging as we have to make sure our intelligence collection and exchange is up to the mark so we can identify who among them pose the greatest danger.”

Other key points of the report:

• Any EU member states involved in the US-led coalition against IS, not just France and Belgium, could be targeted

• Same modus operandi as in previous attacks the most probable scenario

• IS expected to start planning and dispatching attacks from Libya

• As well as IS, al-Qaeda-affiliated and other groups continue to pose a serious threat