Oil prices edged lower on Monday as a rising rig count in the United States pointed to higher production, but prices held near more than three-year highs and were on track to rise for a second consecutive month.

The oil complex has been driven by supply concerns amid prospects of the United States reimposing sanctions on Iran, while OPEC-led producers continue to withhold supplies.

U.S. West Texas Intermediate (WTI) crude futures were at $67.98 a barrel, down 12 cents, or about 0.2 percent, from their last settlement.

“There’s a small drop in trading this morning but volumes are low and there’s not much commitment in the selling. The overall trend is positive and there’s potential for the market to close higher again today,” said Michael McCarthy, chief marketing strategist at CMC Markets.

“The underlying strength in crude markets is quite impressive and a lot of it is predicated by sanctions… Other than that it’s the demand picture around the globe, and if that continues we could see higher prices.”

“The increase in rigs is modestly bearish for oil prices because increasing rigs is usually associated with increasing supply,” Bill O’Grady, chief market strategist at Confluence Investment Management said in an email.

“However, the increase in rigs was modest and this news is overshadowed by other things, including Angola’s production decline, the potential for an end to the Iranian nuke deal, continued threats by Houthis to Saudi oil shipping and infrastructure.”

U.S. crude production has soared more than 25 percent since mid-2016 to a record 10.59 million barrels per day (bpd). Only Russia currently produces more, at around 11 million bpd.

U.S. President Donald Trump has until May 12 to decide whether to restore sanctions on Iran that were lifted after an agreement over its disputed nuclear programme. 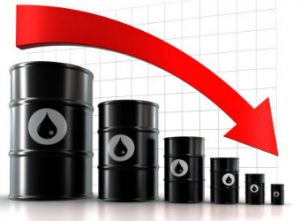