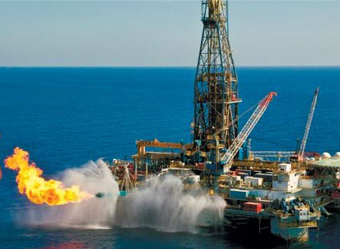 The oil market is re-balancing as demand continues to grow but more time is needed before these shifting fundamentals are felt by markets, according to the latest report from the International Energy Agency released on Friday.

Global oil demand is expected to reach 1.5 million barrels per day this year, the agency said, revising up its July forecast from 1.4 million. This momentum is then expected to continue into 2018, when demand is seen growing by a further 1.4 million.

This should go some way in absorbing excess supply, which OPEC oil producers have been at pains to curtail under an agreement signed in January. However, continued output expansion by Libya and Nigeria, the two OPEC members exempt from the efforts, as well as from U.S. drillers, means that the re-balancing will not play out for some time, the IEA suggested.

“Although stocks are beginning to fall, they’re falling from a very great height,” Neil Atkinson, head of the Oil Industry and Markets Division at the IEA, told CNBC Friday. The report noted that if OECD stocks continued to fall at rates seen in the second quarter of the year, it would still take until the early part of 2018 to return to the five-year average.

This means that more time is needed for the effects to be felt in oil prices.

“It’s very difficult to see, based on the current fundamentals, oil prices rising significantly in the next few months,” he noted.

Oil prices fell on the release of the report Friday morning. Brent was trading at $51.46 per barrel while WTI was at $48.14.

“Potential price rises are very much capped by the likelihood of more supply coming on stream from the U.S. if prices do begin to rise,” Atkinson noted.

On Thursday, OPEC announced a continued rise in its collective output, led by increased output by Libya and Nigeria.

OPEC output jumped by 173,000 barrels a day in July to almost 32.9 million barrels, its highest level since the production agreement came into force in January.

The increase marks the fourth consecutive month of output expansion. Compliance with the deal by OPEC members currently stands at 87 percent, according to the IEA.

The deal is due to run until March 2018, which gives the group further time to see whether their goals bear fruit. However, Erik Norland, senior economist at CME Group, said the outlook is positive.

“While inventories remain at high levels, which is bearish, inventory levels have begun to fall year on year for the first time since 2014, indicating that supply and demand are finally beginning to come into balance,” he told CNBC via email.