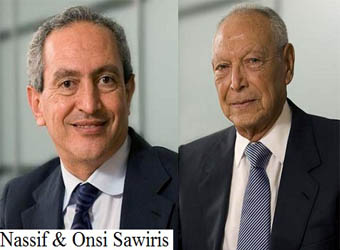 Statements by Egypt’s Finance Minister El-Morsi Hegazy and the Egyptian Tax Authority over negotiations with the Orascom Construction Industries (OCIC.CA) to end charges of evading EGP14 billion in taxes have provoked the company’s wrath have resulted in threats from the company not to pay anything.

Earlier reports from the state-run Egynews website had quoted Hegazy as saying that the company had agreed to pay EGP7.1 billion in a bid to end a lawsuit against the country for EGP14 billion in tax evasion.

Speaking on condition of anonymity, a company source said the company has threatened to break off negotiations if authorities continue to speak on behalf of the company during the negotiations and reveal details that are not agreed upon. He also stressed that the country’s stance is legal.

Stock market administration had stopped trading on Orascom’s shares Sunday until the company issued a statement clarifying the situation.

Prosecutor General Talaat Abdallah had banned the company’s owners, Nassef and Onsi Sawiris, from traveling outside the country after the Interior Ministry accused the company of evading taxes on profits from the sale of Orascom Cement. The firm had generated profits of nearly EGP68 billion in 2005.

Abou Hashima, Korea’s POSCO To Have Partnership On Establishing Factory For Steel