The Watchforex news
By Amwal Al Ghad English On May 25, 2019 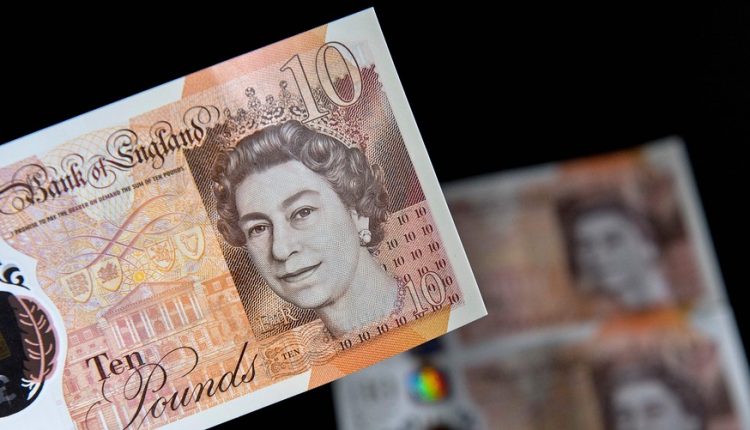 The British pound was rising against rivals late Friday after U.K. Prime Minister Theresa May announced her resignation, after her deals to usher Britain out of the European Union failed and she lost the confidence of her political inner circle

Sterling GBPUSD, +0.4266% was trading at $1.2719 versus the dollar, compared with $1.2657 late Thursday in New York, a gain of about 0.55%. The currency had been down for three straight sessions against the buck as Brexit issues weighed, according to Dow Jones Market Data.

May’s planned resignation, she will stay on until a replacement is found, comes nearly three years after the U.K. voted to leave the bloc back in late June.

The premier delivered an emotional resignation speech in front of 10 Downing St “It is now clear to me that it is in the best interest of the country for a new prime minister,” she said. Her decision puts in further turmoil Britain’s exit plan, raising questions about how quickly they can cobble together a government in time to meet an Oct. 31 EU deadline or ask for an extension.

Former foreign secretary, Boris Johnson, and ex-Brexit secretary Dominic Raab, are considered likely successors to May, only the second woman to be prime minister in the U.K. Another woman, former House of Commons leader, Andrea Leadsom, could also be in the running for the job.

Although the pound has found some level of buoyancy amid the latest Brexit twist, the currency could face a challenges gaining momentum against its rivals going forward.

“Uncertainty is elevated, and the British pound volatility should grow. Since no-deal chances are increasing, we should see sterling’s rally capped,” Edward Moya, senior market analyst at Oanda, in a Friday research note.

The uncertainty also may make it difficult for the Bank of England to raise rates as had been expected, and a rate reduction may even become a possibility of a disorderly Brexit becomes more likely, Moya said. “If we see a hard exit, rate cut bets will grow rapidly and for now, the BOE will need to be on hold and wait until we see the next leader’s plan,” he wrote.

Jordan Rochester, currency strategist at Nomura, in a Friday note, said the latest development is not a boon for sterling. He said gains now reflect an old market adage of “buy the rumor and sell the fact,” but is forecasting a weakening for the U.K. unit:

“What we’re witnessing now is ‘buy the rumor, sell the fact’ profit taking that is for now boosting [pounds]. It will probably end up being a gift for those who are considering fresh shorts,” he wrote.

However, “wait for the dust to settle, [the pound] to finish higher today and then shorts will be more attractive as [pounds] will likely be a continued grind lower towards its historical low. A low that we’re not that far from, once again,” he said.

Meanwhile, a popular gauge of the dollar slipped 0.3% to 97.570, the ICE U.S. Dollar Index DXY, -0.25%  lost 0.4% during the week after touching a roughly three week high above 98, as U.S.-China trade talk tensions supported a flight to the perceived safety of dollars.

The Australian dollar AUDUSD, +0.3769%  strengthened versus dollars, as a modest level of appetite for assets perceived as risky returned to end a rocky week. The Aussie traded at $0.6933, versus the greenback, compared with $0.6899 late Thursday in New York.

May resigns, UK set for new PM by end of July