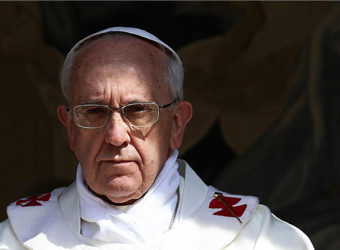 Pope Francis will visit Egypt as planned this month despite the weekend bombings of two Coptic Christian churches that killed 44 people, a Vatican official said.

“There is no doubt the Holy Father will maintain his offer to go to Egypt on April 28 and 29, Monsignor Angelo Becciu, the Holy See’s number three,” said in an interview published in the Italian daily Corriere della Sera on Monday.

“What happened caused disorder and tremendous suffering, but it cannot stop the pope’s mission of peace,” he added.

Sunday’s bombings in churches in the Mediterranean city of Alexandria and Tanta north of Cairo were the deadliest attacks on the Coptic Christian community in recent memory and were claimed by the Islamic State militant (IS) group.

Becciu, who will travel to Egypt with the pontiff, described the bombings as an attack on dialogue, on peace.

“Egypt has assured us that everything will go as well as possible, so we will go confidently,” he said.

The pope had also voiced his condolences Sunday for victims of the double bombing, which has led Egypt to declare a three-month state of emergency.

The Vatican’s slogan for the trip is Pope of peace in Egypt of peace.