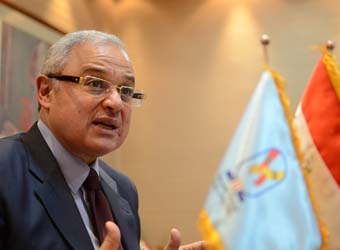 The Portuguese government has decided to exclude Luxor and Aswan from its travel alert on Egypt on Saturday in the light of the efforts exerted by the Egyptian embassy in Portugal during the previous period.

Ali further noted that Aswan and Luxor were weighed most by the recent political unrest in Egypt.

Several countries advised their citizens against travelling to Egypt following mass protests against the ruling Muslim Brotherhood on 30 June. A few days later the military responded to the protests by deposing president Mohamed Morsi.
Tourism Minister Hisham Zaazouhas been touring the world to persuade officials to remove travel warnings imposed on Egypt, most recently Germany, France and Russia. The latter sent security experts to Egypt’s Red Sea governorate to verify its safety.

asserted to Amwal Al Ghad that Portugal’s decision to ease the travel warnings on Egypt’s Luxor and Aswan reflects a new development in the country’s tourism industryEgypt newsEgypt's The has decided to exclude Luxor and Aswan from itson Saturday in the light of the efforts exerted by the during the previous period. the Head ofs officeEgyptian embassy in PortugalEgyptian Tourism MinisterMahfouz AliMohamed MorsiMorsi's ouster
Share FacebookTwitterGoogle+ReddItWhatsAppTumblrPrintLinkedinPinterestEmailTelegramStumbleUponLINEVKDiggViberOK.ru