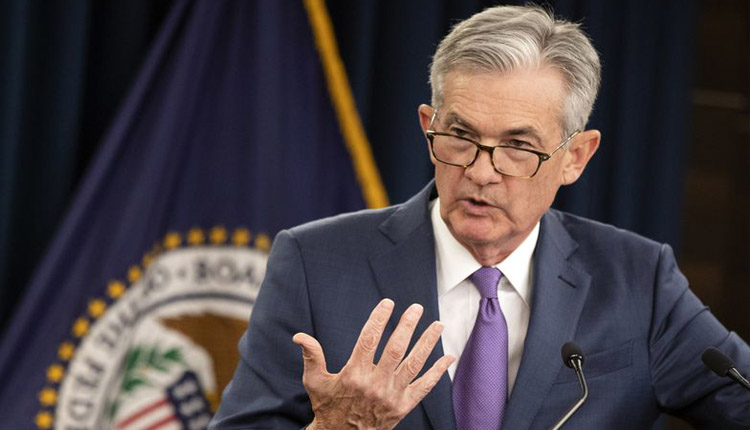 The Fed is expected to cut interest rates for the second time in a decade Wednesday, but Fed Chairman Jerome Powell is unlikely to deliver the message markets want to hear on plans for future rate cuts.

“He’ll underwhelm everyone and not overwhelm anyone,” said Diane Swonk, chief economist at Grant Thornton. She expects a cut of 25 basis point, taking the fed funds target rate range to 1.75 to 2.0%, following the last quarter point cut on July 31.

At the Fed’s last meeting, Powell rocked markets, sending stocks lower and bond yields higher when he described the rate cut as a “mid-cycle adjustment,” meaning it was not part of a larger rate cutting cycle.

“He won’t promise anything more. He’ll keep his cards close to his chest. He’ll be an artful dodger again,” said Swonk.

The Fed’s approach may make some market pros unhappy, and it will certainly disappoint President Dnald Trump who said the Fed were boneheads and called for zero or even negative rates.

Economists said it’s unlikely the Fed forecast will include more than one more rate cut in its outlook for this year, presented on a chart, known as the “dot plot.” Many in the markets are looking for two more cuts this year.

Besides unsettling some market pros, the Fed is also expected to face opposition from within, with at least two Fed presidents again dissenting to a rate cut. At the last meeting, Kansas City Fed President Esther George and Boston Fed President Eric Rosengren, objected to the first cut on the grounds it was unwarranted given the strength of the economy.

Their concerns underscore a big dilemma for the Fed, and that is that the economic data in the U.S. has been stronger than expected, while the Fed is making rate cuts as insurance against slowing that could come from elsewhere in the world or other shocks, such as trade wars or Brexit.

“The economic data couldn’t be less supportive of a rate cut. We have core CPI inflation at the highest level since the recession ended. We have retail sales going straight up,” said Chris Rupkey, chief financial economist at MUFG. “We have industrial production off the bottom — the much beleaguered manufacturing sectors was one of the key reasons for a Fed rate cut.” August industrial production rose 0.6% last month after an unrevised 0.4% drop in July.

“I don’t think the Fed’s forecast will be green lighting a third rate cut,” said Rupkey, noting he thinks the Fed will do one more after the September cut..

BlackRock’s Rick Rieder said he expects the Fed will probably cut by 25 basis points but it should do more. “I think they’ll describe this as a mid-cycle adjustment. I think they should go 50 [basis points] and then step back, get to the equilibrium point,” said Rieder, BlackRock’s global CIO of fixed income. “If the economy slows, then they can come back.”

Barclays chief U.S. economist Michael Gapen said he doesn’t expect much from the Fed. “We think they will continue to cut because the data will soften. What I think their message will be is we cut twice and we don’t see a consensus that we should signal another cut,” he said.

Powell speaks to reporters following the Fed’s release of its statement and new projections on the economy, inflation and interest rates.

He may be asked to address something else that ruffled markets this week. There was a spike in the repo rate, or the interest at which financial institutions fund themselves.

Strategists described the event, which sent the overnight Treasury general collateral rate to 9% Tuesday, as the result of a perfect storm that created a period of illiquidity in markets. It was described as a cash crunch, but not a credit crisis as in 2008.

Strategists said there was heavy Treasury issuance, which drains liquidity, at the same time corporations were seeking cash for tax payments on Monday.

The Fed, in response conducted a repurchase operation Tuesday involving $53 billion worth of various debt instruments as it sought to control the level of its benchmark interest rate.

The Fed said it would conduct a second repo transaction Wednesday to inject up to $75 billion in cash into money markets.

The repurchase operation Tuesday was the first since the financial crisis, but there have been warnings of tight liquidity, particularly in December of last year when repo rates rose during the stock market sell off.

“It came down, but it’s still high and it’s going to to continue to be high. It’s one thing at quarter end and year end when you see these spikes, but you don’t expect it in the middle of September,” Rieder said.

“The Fed needs to let their balance sheet grow. Keep the dollar from appreciating,” Rieder said, adding the expansion of the balance sheet would help the situation.

Rieder said the Fed could change the mix of securities it purchases, and focus more on the short end of the Treasury curve. It could carry out some type of quantitative easing program, as it did before, to enlarge the balance sheet.

“The financial system is a much, much bigger part of asset light, capital light economy,” he said. “To the extent you have disturbances in that system, you create a better chance of a recession.” Rieder said, even if unfounded, it could also create concerns about stability of the system.

“As of yesterday, the Fed had lost control of the funding market,” said Mark Cabana, head of short rate strategy at Bank of America Merrill Lynch. He said one solution may be for the Fed to form a standing repo operation.

“There’s been a lot of speculation about the Fed doing a standing repo facility. This probably makes it a little more real…It means the Fed would be available in some shape or form. Essentially, it’s a safety valve for repo,” said Michael Schumacher, director rates at Wells Fargo.

Huawei will invest $1.5 billion in its developer program