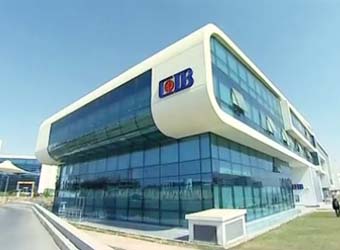 CIB said Actis sold a 2.6 percent stake in the bank “in the open market to a group of international investors”.

The shares were sold to Egyptian and other Arab institutions for 816 million Egyptian pounds ($117 million), sources at Cairo’s stock exchange said.

It was not clear why Actis, which invests in Asia, Africa and Latin America, reduced its holding. It confirmed the sale in an email to Reuters, without giving further details.

The second-biggest shareholder, as of the end of January, was OppenheimerFunds with 5.37 percent, according to Thomson Reuters data.

CIB shares, which make up almost a quarter of Egypt’s main index, closed down 2.37 percent on Monday to trade at 36.25 pounds. The index itself closed down 3.55 percent after hitting its highest level since 2008 last week.

Trading volume in CIB shares was at its highest level in three years.