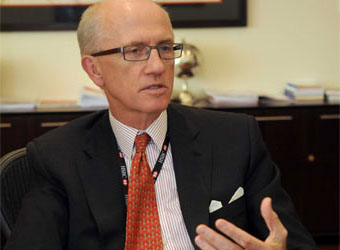 Long joins from HSBC Bank Egypt, where he was deputy chairman and chief executive, a statement to the Muscat stock exchange said.