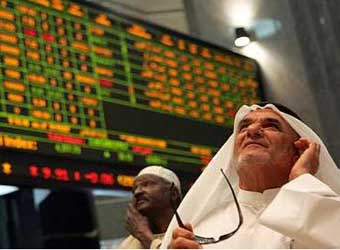 Markets in the United Arab Emirates rose on Thursday as investors bought property-related stocks ahead of quarterly earnings, while regional bourses were mixed.

Analysts polled by Reuters on average forecast Arabtec will post a 151 percent rise in earnings.

“UAE markets are taking their natural course – people are focused on earnings, which will dictate market direction in the coming weeks,” said Amer Khan, head of asset management at Shuaa Asset Management.

Abu Dhabi Municipality said in a statement late on Tuesday that it had registered land development contracts for Aldar’s residential units under freehold ownership, and the deeds would be issued to owners.

Abu Dhabi did not give details of the freehold arrangement or explain exactly how it differed from other property rights in Abu Dhabi, and officials have not been available to elaborate on the announcement.

“Some investors might think it’s freehold like in Dubai and be getting ahead of themselves, but there needs to be more clarity to price in the impact on earnings, if any,” Khan said.

Aldar’s technical breakout above the August peak of 2.96 dirhams and the stock’s lagging performance compared with its peers have helped fuel its recent rally, said Hisham Khairy, head of trading on the institutional desk at MENA Corp.

About 90 percent of voters approved the country’s new constitution in a referendum, the state news agency and a government official said. This is widely expected to lead to army chief General Abdel Fattah al-Sisi, the market’s preference, declaring his candidacy for president.

Many analysts and investors said the constitution approval was already priced in.

Car assembler GB Auto rose 2.8 percent after it said it had agreed an exclusive local distributorship deal for lubricants with Gazprom Neft.

In Qatar, Masraf Al Rayan climbed 1 percent after the sharia-compliant bank said it completed its acquisition of Islamic Bank of Britain (IBB).

Qatar’s upgrade to emerging market status by index compiler MSCI, which will be implemented in May and is forecast to attract about $500 million in additional benchmark global funds, as well as developments in preparation to host the 2022 World Cup underpin bullish sentiment for Doha-listed equities.

Kuwait’s bourse was closed for a public holiday.