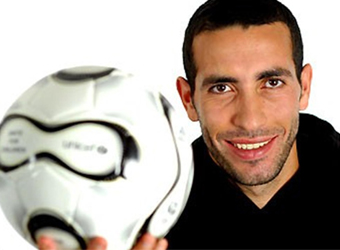 Egyptian prosecutors have summoned retired footballing star Mohamed Aboutrika for interrogation after a recent court order put him on a terror-watch list.

In January a Cairo criminal court placed the former Pharoahs great on a watch list over accusations he helped finance the Muslim Brotherhood, which was designated a terrorist organisation in 2013.

All those placed on the list have been summoned for questioning; some of them will be interrogated by the State Security Apparatus.

In 2015, a government committee froze the assets of the former player due to alleged links with the Brotherhood. The decision was overturned by a court order in June 2016.

Under the country’s anti-terrorism law, any person placed on a terror list is subject to a travel ban and faces having their passport and assets frozen.

Aboutrika’s lawyer Mohamed Osman said in January that the court decision was illegal because his client has not been convicted” in any criminal case, which is a precondition for placement on terror lists.

Osman said at the time that he would appeal the decision.

According to Osman, the retired player’s asset freeze is still in place, despite having been overturned by the court ruling.

Also on the list are the owner of Juhayna dairy company, businessman Safwan Thabet, and the chairman of the Islamist-oriented Wasat Party, Abul Ela Mady.

A former star of Cairo’s Al-Ahly club and the national team, Aboutrika was dubbed the Magician and the Saint during his playing days.

The player publicly supported the Brotherhood’s Morsi in the 2012 presidential elections.