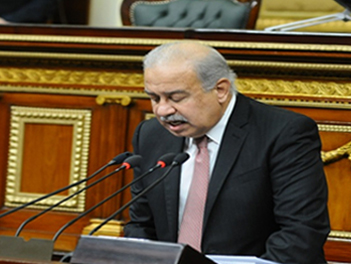 The details of an anticipated Cabinet reshuffle will be presented to the parliament on Sunday, said Prime Minister Sherif Ismail on Tuesday.

In press statements, Ismail said that the reshuffle was currently being finalised, adding that it was difficult to provide more details before sending the list of possible ministers to the parliament.

Speaking on a previous occasion last week, Ismail said that some ministries could be merged and some eliminated in the reshuffle, but no new ministries would be created.

In statements to state-owned MENA agency last week, Ismail said that the parliament- which is currently on a short recess- will have to approve the reshuffle before the new ministers are sworn in before the country’s president.

He added that some figures who were nominated to take ministry portfolios declined the offer to hold posts due to the critical conditions the country was currently facing, limiting the choices available.

Ismail’s 34-minister Cabinet last saw a reshuffle in March 2016, when ten ministers, mainly those with economic portfolios, were replaced.

Article 147 of Egypt’s constitution stipulates that the president may exempt the cabinet from carrying out its tasks provided that a majority of the House of Representatives approves of the decision.

Under the constitution the president is entitled to conduct a cabinet reshuffle in consultation with the prime minister and with the approval of an absolute majority of attendees of the house, or no less than a third of its total members.