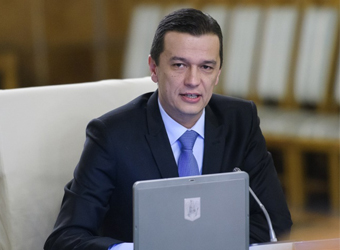 Romania’s government is to hold an urgent meeting to scrap a decree that would have shielded many politicians from prosecution for corruption.

The decree triggered the largest street protests in the country since the fall of communism in 1989.

Bowing to pressure, Prime Minister Sorin Grindeanu said on Sunday: “I do not want to divide Romania.”

Tens of thousands of protesters in Bucharest cheered the move, but vowed to keep the pressure on the Cabinet.

They said that they would continue their rallies until the decree, which was passed on Tuesday and was due to come into effect on 10 February, was actually repealed.

Some protesters are still demanding the resignation of the entire government.

Grindeanu, from the leftist Social Democratic Party (PSD), said he heard and saw many opinions, including the voice of the street.

He said that parliament would now debate a new corruption law.

Justice Minister Florin Iordache would take responsibility for the poor communication and confusion around the controversial measure, he added.

One immediate beneficiary would have been Liviu Dragnea, who leads the PSD and faces charges of defrauding the state of €24,000.

The government had earlier argued that the changes were needed to reduce prison overcrowding and align certain laws with the constitution.

But critics saw it as a way for the PSD to absolve officials convicted or accused of corruption.

The EU had warned Romania against undoing its progress against corruption.

The leftist government only returned to power in December after protests forced its last leader to step down in October 2015.