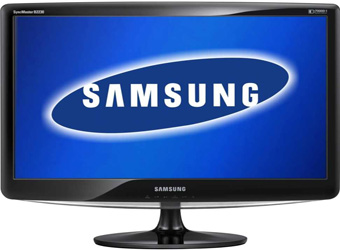 Samsung Electronics Co. (005930), the world’s largest maker of flat panels, said it will spin off its unprofitable liquid-crystal-display division as the company focuses on making thinner, brighter TVs.

The new company, provisionally named Samsung Display Co., will be set up April 1 with paid-in capital of 750 billion won ($668 million), Samsung said in a filing today.

“It’s a good decision for Samsung Electronics,” Seoul- based Song said by telephone. “The long-term direction for their display business is going OLED. They can improve efficiency of investment by combining similar businesses.”

Samsung is reviewing an eventual merger of its LCD and OLED operations, Nam Ki Yung, a Seoul-based spokesman, said by phone.

Samsung fell 0.1 percent to 1,175,000 won at the 3 p.m. close of trading in Seoul, while the Kospi index gained 0.1 percent. The consumer electronics maker has climbed 22 percent in the past 12 months, compared with a 0.6 percent gain for the benchmark.

While OLED displays are mostly used in mobile devices such as Samsung’s Galaxy smartphones, the Suwon, South Korea-based company and competitor LG Electronics Inc. (066570) are looking to use the technology in TVs and may start selling sets this year. The new models can be wafer thin and produce richer colors than LCD sets.

The OLED display market may grow to more than $20 billion by 2018, accounting for about 16 percent of the total panel market, from an estimated $4 billion, or 4 percent of industry- wide revenue, last year, according to Santa Clara, California- based DisplaySearch.

Samsung plans to spend 6.6 trillion won on its display business this year, the company said last month, without elaborating on how the money will be spent. Spending on LCDs won’t be “significant,” Robert Yi, senior vice president for investor relations, said on a conference call after the release of fourth-quarter earnings in January.

Investment in the OLED business will probably amount to about 5 trillion won this year, Song said.