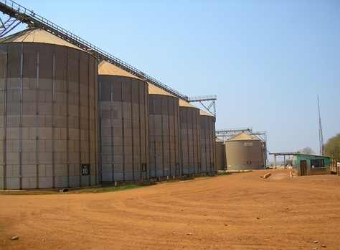 The state-owned Egyptian Holding Company for Silos and Storage (EHCSS) announced on Wednesday receiving a US$90 million loan from the Saudi Fund for Development (SFD). The SFD’s loan is designated to finance the second phase of Egypt’s National Project for Silos.

Speaking to Amwal Al Ghad’s Arabic website, Eng. Mahmoud Abdel Hamid – EHCSS Chairman – said the second phase comprises the launch of 25 silos approximately. The completion of the second phase is likely to be by the end of 2015, he noted.

The Egyptian official further said the EHCSS assigned The Arab Contractors to build up 14 silos; whereas Samcrete Egypt Engineers and Contractors will be in charge of establishing 2 more.

EHCSS will name next March more contractors to build around 9 remaining silos  as pursuant to the second phase, Abdel Hamid elaborated.

EHCSS IS A relatively new organization for procurement and storage of the government’s share of Egypt’s domestic wheat production. Since its founding about nine years ago, the company has built and now operates in various wheat production zones 25 steel silo storage facilities with 30,000 tonnes of storage capacity each.

ECHSS receives wheat from farmers and traders at collection points which it transports in bulk to its silo facilities. All movement from the storages to government mills is also in bulk.