Smart Villages Braces for Its IPO on Egypt Bourse – CEO 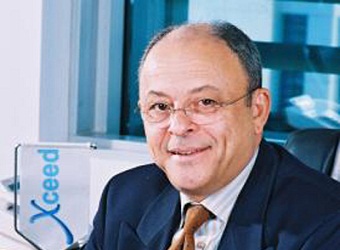 Egypt’s Smart Villages Co. edges towards target of preparing for an initial public offering in local bourse, said chairman and CEO Adel Danish on Sunday. In this respect, the firm has already taken the first steps by enrolling its data at the Egyptian Exchange (EGX) as a prelude to starting its IPO, he noted.

Smart Villages Development and Management Company (SVC) – one of the major successful Egyptian private public partnership (PPP) – is aiming for listing some of its shares on the EGX, to go for financing its future expansion schemes.

Yet, Danish stated that SVC is studying a number of financing options for its upcoming expansions such as the launch of a real estate investment fund by virtue of the recent regulations released by the market watchdog to facilitate the creation of index and real estate funds.

Moreover, SVC’s chairman further referred to his company’s unwillingness to secure such finances from banks, citing the high interest rates on loans, notably the USD loans, which could eventually harm its expense rates.

SVC has a number of plans to expand outside Egypt within the coming year, to include Tunisian and Jordanian markets.  It also intends to make more expansions to its Smart Village in New Damietta.