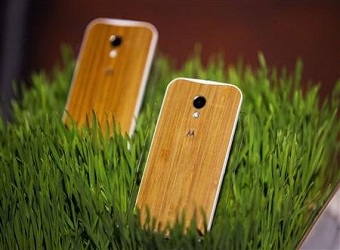 How do New York Times journalists use technology in their jobs and in their personal lives? Declan Walsh, The Times’s Cairo bureau chief, discussed the tech he’s using.

What tech is most important for you to do your job as our correspondent in Egypt?

A dented, screen-cracked iPhone is the center of my work. When I started out as a foreign correspondent 18 years ago, in Kenya, I carried a small satchel that held a tape recorder, a camera, an address book, a map and perhaps a shortwave radio. Today all of that has been squeezed into the thin black slab in my pocket.

It taped an interview with the leader of Hamas. It shot video and pictures as I drove across Syria. It has helped me navigate the back streets of Cairo, and then hails a cab ride home.

It hasn’t, however, replaced pen and paper, although the stack of notebooks on my desk is gradually shrinking. I type faster into my Times-issue 13-inch MacBook Air than I can write. But I’ve come to realize that’s not always a plus: Slow and messy as it is, taking interview notes by hand makes you listen harder, and edit your notes as you go along.

The other key thing is secure communications. With so many Egyptians in jail, and many others at risk of arrest, encrypted apps like WhatsApp and Signal have become indispensable tools. The Egyptian police detained dozens of gay people recently, so when I called an activist to set up an interview, it was through an encrypted app. If I’d called on a regular line, he would have hung up. Apart from that, digital lines are simply better quality.

The Slack messaging app is replacing email as the way Times correspondents communicate with their editors, especially as our operation has spread out across the world. We might work with editors in London, New York or Hong Kong, depending on the story and the time of day.

Equally important, you need to know when to put all that technology away. In the more paranoid corners of the Middle East, pulling out a glowing laptop in public is not a great idea.

How is connectivity in Cairo and in the region when you travel on assignment?

The internet can be teeth-grindingly slow in Egypt, to the point of me yelling, ridiculously, at the screen on deadline.

In 2016, Egypt ranked 146th out of 150 countries for fixed broadband download speeds, according to Speedtest. The only worse country in North Africa was war-torn Libya.

It’s surprising given that a major data cable, linking hundreds of millions of users, passes through one sleepy Egyptian village. The problem stems from a lack of investment in telecommunications infrastructure locally since the Arab Spring in 2011 and stifling state monopolies.

We get around this with dongles connected to the 4G cellphone network, which is better, if not perfect. In conflict zones like Libya, where I covered an offensive against the Islamic State last year, I turn to my BGAN satellite data terminal and a Thuraya satellite phone.

But increasingly there is at least patchy cellphone coverage in even the more dangerous places, such as during the battle for Aleppo, Syria, last year. That brings an immediacy that I once found jarring: the power to FaceTime with your mom, for instance, from a battlefront. But now that feels normal, and choices are dictated less by technology than by what simply feels right.

Are Egyptians joined at the hip with their smartphones?

Egyptians adore their smartphones. People have crazy-looking cases and a range of dramatic ringtones — Quranic verses for conservatives, melodramatic pop tunes for everyone else. Lionel Richie’s “Hello” and anything by Celine Dion are very popular.

The flip side to the smartphone mania is that it also inspires deep paranoia among the police and some ordinary citizens, known popularly here as “honorable citizens.” I know people who’ve been threatened with arrest for taking a photo of the Suez Canal (after the pyramids, one of Egypt’s most famous features). A photographer friend was admonished by an “honorable citizen” for trying to take a photo of the Nile with her phone. He accused her of being a spy.

What are the favorite apps or gadgets in Egypt? Are people on Facebook and using Google and Uber?

Egypt has the largest community of Facebook users in the Arab world. It’s a huge part of many people’s lives, at a time when the public square is dramatically shrinking. Since President Abdel Fattah el-Sisi came to power in 2013, protest has been outlawed and the news media is largely in thrall to the government. So people turn to social media to talk politics, mock their leaders and hunt for independent news.

If Sisi makes a slip-up on television, there will unfailingly be a flurry of mocking memes flying about on Facebook within hours. It can be funny, dark or both — jokes about the country’s pitiful human rights record, for instance.

It’s not just Western apps. Anghami is the Arab version of Spotify, Souq.com is the big online retailer (and was bought by Amazon this year), and there’s a host of apps that tell pious Muslims when to pray or that help them to read the Quran.

On the streets of Cairo, Uber and Careem, a ride-sharing app that concentrates on the Middle East, are slugging it out for market share. As a result, cab rides can be ridiculously cheap — just a few dollars to cross town.

How does the Egyptian government treat tech like social media and Western apps?

With wariness and frequent hostility.

Egyptian officials closely monitor Facebook, Twitter and other social media sites, and posting an irreverent comment can land a user in court or in jail. A young army conscript is serving a three-year sentence for posting a photo of Mr.

Sisi with a pair of Mickey Mouse ears. Since May, the government has banned over 400 websites, including Human Rights Watch, the Egyptian news site Mada Masr and, bizarrely, Medium. Earlier this year, I discovered the security services were seeking access to real-time information about ride-sharing customers — once known inside Uber as “God View” — through the Uber and Careem apps.

Beyond your job, what tech product do you love using in your daily life right now and why?

I love my Bose noise-canceling Bluetooth headphones, but the most satisfying tech product I’ve started using is one that cancels out the rest. A smart little alarm clock by the French designer Philippe Tabet sits on my bedside table, and means that I no longer need my smartphone to wake me up.

With the phone banished to another room, I can’t mindlessly scroll Twitter or Instagram at 8 o’clock in the morning, and I enjoy a tiny window of mental peace. If Times editors need me urgently, they can still call my land line. Sometimes, the old-fashioned tech is best.