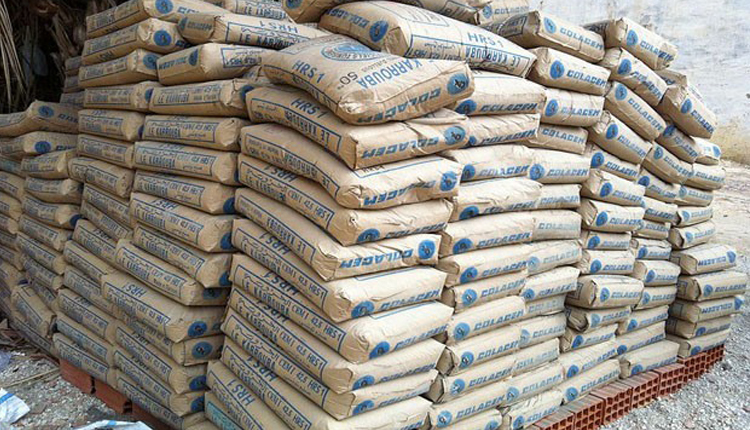 Due to continued financial losses and debt accumulation, the government has decided to liquidate the National Cement Company.

The company, established in 1956, was the only public-sector company engaged in the manufacture and trade of cement and related construction materials.

At a meeting last week, the company’s general assembly agreed on liquidation and procedures for selling off company assets, including land and equipment. The revenues from the liquidation will be used to pay off accumulated debts and compensate workers.

According to Hisham Tawfik, minister of the public enterprise sector, the company’s financial losses in 2017/2018 were around 900 million pounds, representing the highest among the 48 companies in the ministry’s portfolio.

The losses had been incurred due to the high costs of production, as the cost of producing a ton of cement at the company was 60 per cent higher than at competitor companies.

The general assembly’s agreement was based on a consultancy report by the Faculty of Engineering at Cairo University that recommended stopping operations to put an end to the company’s losses. The faculty had been asked to examine whether to keep the company operational.

While the government asserted that the company’s liquidation was the only solution to its losses and debts, some experts and many workers representatives have a different view.

Ehab Al-Desouki, head of the Economics Department at the Al-Sadat Academy for Management Sciences, said the decision would have negative repercussions.

He explained that cement is a strategic commodity in which the government should maintain a share of production to control prices in the local market.

Leaving cement production to the private sector could allow for monopolies, he said.

According to Al-Desouki, it was impossible for the company to have made such losses and incurred so much debt at a time when the cement sector is flourishing and private-sector companies have made significant profits.

The sector is expanding, and the government has recently issued new licences to establish more cement factories, he said.

“It would be better if the government changed the management and drafted an efficient development plan to help the company stand on its feet again since it is clear that the problem is one of mismanagement,” Al-Desouki added.

The company’s management is responsible for the losses, according to a report from the Central Auditing Agency.

The report, which examined the company’s performance, indicated corruption and recommended an investigation by the prosecution-general. It also explained that the decision by the company’s board to close factories could be unlawful.

According to the report, the company administration was to blame for selling 400,000 tonnes of clinkers (raw material needed to manufacture cement) without issuing tenders as regulations demand, as this had led to losses estimated at 130 million pounds because they were sold at less than market price.

Abdel-Moneim Al-Gamal, deputy chairman of the Egyptian Labour Union, told Al-Ahram Weekly that the problems the company was facing were because of mismanagement by successive boards since 2012.

“The decision is illogical and depends on a study conducted by a consultancy not specialising in cement production and trade,” he said.

He said the liquidation of the company would have a negative impact on over 2,000 workers, in addition to hundreds of individuals who own small businesses that depend on the company in the district of Al-Tebeen near Helwan where it is located.

“The company’s liquidation will increase unemployment in a district where people have limited qualifications to find other jobs,” he said.

The ministry announced that all the workers would be subject to an early pension programme and could not be transferred to other companies since there was no longer any public-sector cement production.

“We will defend the workers’ right to compensation according to the law. This allows them a month and a half of salary for each year during the first five years of work in addition to two months of salary for each extra year,” Al-Gamal said.

Al-Gamal said he had submitted complaints to the prosecution-general appealing against the decision to liquidate and accusing the administration of corruption. Workers have also filed suits against the company supplemented with documents proving corruption, he added.

Al-Gamal explained that in 2015 in an attempt to reduce the high costs of the gas used in the “wet process” to manufacture cement, the company’s board had decided to halt production at its first and second factories and to upgrade the third and fourth in a way that would be environmentally friendly and increase production from 3,500 tonnes to 5,200 tons per factory per day.

The upgrade was scheduled to be completed within eight months at a total cost of 400 million pounds. Instead, it took three years at a cost of 1.2 billion pounds and failed to reduce the cost of the gas used in producing cement.

“It is an issue of wasting public funds, and those responsible should be brought to justice” Al-Gamal said.

The company has four factories and used to produce three million tons of cement annually, representing 10 per cent of total domestic production, according to Al-Gamal.

The public enterprise minister said in September that 26 out of the ministry’s 48 companies accounted for 90 per cent of the sector’s debt.

He said that companies that could not be turned around would be liquidated. The rest would be restructured to start generating profit within around two years.

Egypt’s FM follows up on kidnapping expat in Nigeria