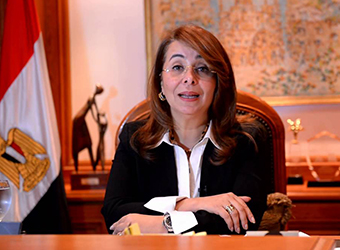 Share
Social Solidarity Minister, Ghada Wali, has said that the government is working on reducing burdens on the low-income citizens through allocating subsidies to the needy ones.

The minister indicated several possible methods by the government to reduce the burdens, such as modifying tax exemption categories, social protection packages, increasing goods in the markets and controlling them

Moreover, Wali indicated there were ongoing instructions from the cabinet to governors over field visits to markets.

The government, according to Wali, allocated 76 billion pounds as a social package for citizens of low income communities, to reduce the effect of economic reform policies on the needy ones.

Naser Social Bank will launch an initiative for Egyptian women to finance their small and micro-sized projects, she said. This comes within the social protection policies carried out by the government to empower youth and women

The main aid expanded under the social protection programs, according to Wali, target children younger than six-years-old within the Dignity and Solidarity program and support them by 60 pounds on a monthly basis.

Oil prices recover some losses but market still under pressure