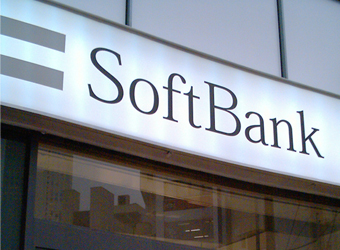 “Earlier this month, I met with President-Elect Trump and shared my commitment to investing and creating jobs in the United States,” Son said in a joint statement with OneWeb. “This is the first step in that commitment.”

The investment is part of a $1.2 billion fundraising by OneWeb, which is seeking to provide affordable internet access to people around the world with satellites.

The remaining $200 million will be funded by its current investors, which include Qualcomm Inc, Airbus Group and Virgin Group. The transaction is expected to close in the first quarter of 2017.

In making his $50 billion pledge in the meeting with Trump, Son said his investment would create 50,000 new jobs, a move the U.S. President-elect claimed was a direct result of his election win.

The latest investment will come directly from SoftBank, not from a $100 billion tech fund it is launching with Saudi Arabia, even though Son has said that large-scale investments would be made through the tech fund to avoid a further expansion of its debt.

OneWeb, established in 2012 and based in Arlington, Virginia, plans to use the funds to build a plant in Florida to produce low-cost satellites, creating almost 3,000 new jobs in the United States over the next four years.