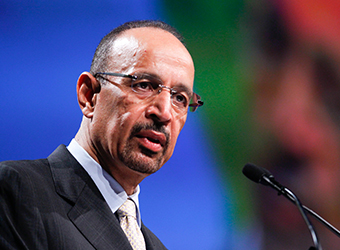 The agreement with the Egyptian government is going well, al-Falih stated on the sidelines of the 33rd session of the Executive Office of the Arab Ministerial Council of Electricity at the headquarters of the General Secretariat of the Arab League in Cairo.

Saudi Arabia agreed in April last year to provide Egypt with 700,000 tonnes of refined oil products a month for five years, but the cargoes stopped arriving in early October.

Aramco did not provide official reasons for the halt, yet the Egyptian Petroleum Ministry issued a statement which said “According to Aramco, the postponement of shipments was due to commercial conditions on its part amidst changes in global oil market prices and Saudi Arabia’s reduced oil production levels, as well as routine maintenance to refineries,”

Though officials from both sides have denied the existence of tensions or disagreements between the North African nation and the Arab world’s most populous and richest state, the two countries have been at odds on a number of political issues.

Egypt voted in favor of a Russian-backed but Saudi-opposed U.N. resolution on Syria in October, which excluded calls to stop bombing Aleppo. Then in January an Egyptian court rejected a government plan to transfer two uninhabited Red Sea islands to Saudi Arabia.

The Aramco deal includes a low 2 percent interest rate to be repaid over 15 years.