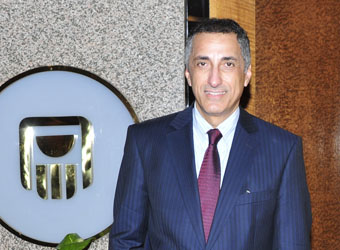 Tarek Amer, chairman of National Bank of Egypt (NBE), said the bank has posted net profits of EGP 2.6 billion during the fiscal year 2011/2012.

“The post-revolution political and economic incidents have been a major hindrance to post our targeted profits of EGP 3.74 billion for FY 2011/2012.”

On the sidelines of the NBE’s symposium on banking transactions and technologies, Amer added that the bank had set the maximum average for the employees’ salaries as the highest current salary – incentives added – would value at EGP 120 thousand. He referred that his monthly salary has been halved and he would have no objection in this regard.

Elsewhere, Amer mentioned that NBE has injected investments worth $150 million including $100 million as credit facilities and around $50 million as the capital of NBE’s Sudan branch.

Competitors Over Acquiring Solidarity Did Not Submit Purchasing Offers: EFSA

Sisi calls on Lebanon to unite, avoid disputes and…