Trump Cabinet index’ is outpacing the market since election 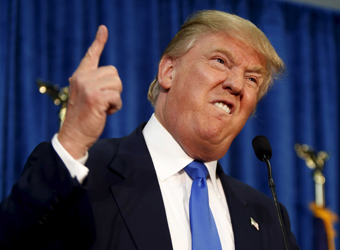 What do companies like General Dynamics, Goldman Sachs and Exxon Mobil have in common?

They’re a few of the names with board members joining the next presidential Cabinet, if Donald Trump gets his way. Directors from those companies and others — including Wells Fargo, News Corp. and Ingersoll-Rand — are going to be nominated for high-level government positions in the new administration. And those stocks have already seen a benefit to their share prices since the election, beating the overall market.

Future government officials such as James Mattis, Gary Cohn, Wilbur Ross, Rex Tillerson and Elaine Chao all serve on at least one board of a major publicly traded company.

We can go one step further and put all these companies into their own basket of stocks. Let’s call it the “Trump Cabinet index” — and that index has outperformed the overall market since the election. Since Nov. 8, this basket was up 14 percent through Friday, surpassing the S&P 500’s move of 6 percent. Specifically, 10 of 15 companies are beating the market.

To be clear, none of these people actually serve in the government yet, since almost all of them will require Senate confirmation. And that’s not a slam dunk: There’s already been plenty of public discussion from current senators about whether Exxon Mobil CEO Tillerson is an appropriate choice to be secretary of State, especially because of his connections to Russian President Vladimir Putin.

But for now the index is worth following.

We’ll be updating the index as time goes on depending on who is in and out of the government, and which companies they have direct relationships with. It will be interesting to watch whether these companies get an added benefit for having one of their own in government, or whether they sell off harder than normal when the difficulties of managing the nation become a daily reality.

Some notes about the index: We did not include WWE because Linda McMahon is no longer on its board of directors, having left to run for senate several years ago. But we did include Goldman Sachs, because Cohn is on that board. Even though Cohn’s future nomination as director of the National Economic Council doesn’t require Senate confirmation since it’s not a Cabinet position, we thought it was a relevant and powerful enough job to include in the basket. We also included Steve Mnuchin’s connection to Sears, which he gave up in early December specifically to join the incoming team.