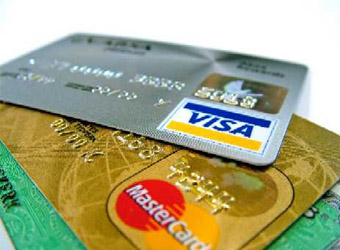 Based on the study of seven key countries for the regional payment industry, the region witnessed an overall 22 percent rise in online transactions during 2016.

The rise was led by strong growth in Saudi Arabia, Egypt, and the United Arab Emirates, showing 27 percent, 22 percent and 21 percent year-on-year growth respectively, Payfort, an Amazon company, said in its fourth “State of Payments in the Arab World” report.

Meanwhile, the report identifies ‘Events and Entertainment’ as the fastest growing payments sector showing annual 33 percent growth from 2015 to 2016.

“Our 2017 edition of the State of Payments report marks the most dramatic change to the report since we launched the project in 2014,” said Omar Soudodi, Managing Director of Payfort. “Each year we’ve worked hard to ensure that the report delivers more value than the last, shedding light on real issues for the region’s online business merchants. However, this year we put the control in the hands of our readers, providing them with interactive tools that allow them to easily adapt the data sets for their own needs and business decision making.”

One of Payfort’s new study objectives for this year’s report was to measure consumer appetite and attitudes towards new Fintech applications and services. Research revealed that there is still plenty of room for growth in several Fintech market segments. For example, 17 percent of those surveyed in the UAE are looking for new and better alternatives to send international money transfers. There is also a sizeable opportunity for online wallet solutions, with around 47 percent of consumers across the region yet to adopt the technology.

Security remains the top concern among those that choose not to pay for goods and services online, with more than 50 percent of cash-on-delivery customers surveyed in all countries stating that they would only switch to online payments if they were convinced that the payment method was secure. Cash-on-delivery was most popular as a payment option in Egypt (70% usage) and Lebanon (60% usage).

“Despite the enormous growth in the region’s online payments and usage of ecommerce, security fears remain prevalent among consumers,” said Nardeen Abdalla, Marketing Director of Payfort. “Although we now see a greater willingness to make online transactions, consumers are increasingly aware of the risks of fraud and other cybercrimes. They are also increasingly demanding, seeking faster and easier checkouts. Payfort is helping businesses in the region take their online sales and payment options to the next level, by simplifying the checkout process for businesses, allowing them to offer their customers a choice of secure online payment options.”

In addition to an extensive section on consumer buying habits and consumer preferences in the region, the State of Payments 2017 also includes a new Shopping Cart Guide and a guide to Checkout Page Best Practi“As ordering and paying online becomes an integral part of everyday life, the region’s merchants will find that the performance of their shopping cart systems and check-out pages will depend more and more on best practices to create the optimum customer experience,” said Soudodi. “This year’s State of Payments report provides a wealth of information on both consumer behavior online and practical advice for merchants who want to improve performance and meet their customers’ rising expectations.”