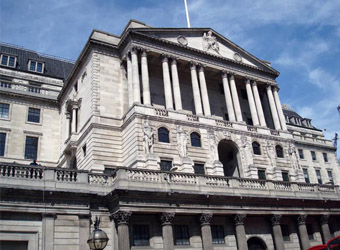 The U.K. has struck a deal with China to set up a renminbi clearing bank in London, as Britain tries to reinforce its position as the central hub for Chinese investment outside of Asia.

The Bank of England will sign an agreement with the People’s Bank of China (PBoC) on renminbi clearing and settlement on March 31. The pact is a “major step forward” to the creation of a clearing bank “soon”, the U.K. Chancellor George Osborne said in a statement on Wednesday.

A clearing bank in the U.K. would provide greater access for European investors to the Chinese forex market, as Britain strives to make itself a center for Chinese investment abroad.

According to SWIFT banking payments data, 62 percent of renminbi payments outside of China take place in London, and asset managers in the capital are the only ones in the West that can directly invest in Chinese stocks and shares in the currency.

“Connecting Britain to the fastest growing parts of the world is central to our economic plan. It’s why I’ve put such government effort over the last three years into making sure we’re the leading western centre for trading in the Chinese currency, the renminbi,” Osborne said.

London faced stiff competition for Chinese investment from the likes of Luxembourg and Tokyo, but has already become the first G-7 country to agree a renminbi swap line with the PBoC. The establishment of a clearing and settlement arrangement is the first outside of Asia.

The U.K. capital has, until now, relied on Hong Kong establishments for renminbi clearing services. Hong Kong became the first offshore trading centre for the renminbi – or yuan – in 2009.

Trading in the renminbi has boomed over the last few years. In 2013 it hit $120 billion a day, according to the Bank for International Settlements, compared with a daily average of $4.65 trillion in the U.S. dollar.

“This continues a trend that China has been pursuing of setting up more locations where renminbi can be traded and cleared in order to promote the internationalization of the renminbi, so more trade and finance can be done in the currency,” Michael Sneyd, forex analyst at BNP Paribas, told CNBC.

Earlier this month, China widened the yuan’s trading range from 1 percent to 2 percent in a sign that it was willing to give financial markets more of role in determining the value of the currency.

Europe Higher for Second Day on Stimulus Hopes; DAX up 1.1%

US Stocks Mostly Up After Durable Goods; Technology Shares Hit