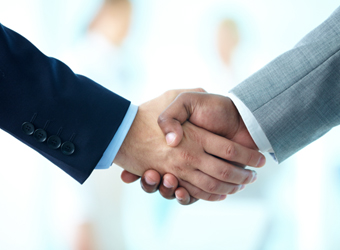 Britain and the European Union should accept each other’s rules governing financial services in a “flexible” trade deal that offers unfettered market access to big banks but protects small investors, according to proposals made in a draft industry document seen by Reuters on Friday.

UK Finance, a trade body that represents British banks like Barclays, HSBC, Lloyds, and RBS said in its 91-page proposal on Financial Services in a new EU-UK Trade Agreement that mutual recognition should be an overarching principle.

Banks and other financial firms authorised in the UK would then be allowed by the bloc’s regulators to continue serving customers in the EU from Britain after Brexit in 2019.

The quality of access would depend on how “sophisticated” or financially literate customers were.

UK Finance declined to comment on a private report which is now being “tested” on market participants.

The draft document outlines three categories of access, the first offering unrestricted access for large banks and institutional investors in Britain and the EU.

Access for “financial professionals” would be more “calibrated”, with the final category, retail investors, protected by additional local rules.

UK Finance calls this an “alternative” model for future trade which is “robust and flexible”.

While the model is new, there are elements which are drawn from existing trade deals and national licensing regimes.

“An EU firm providing services cross-border to a UK customer should be afforded regulatory treatment that does not unnecessarily disadvantage it vis-à-vis a UK-based firm (of any national identity) – and vice versa.”

The document is still at the draft stage and may be amended.

The mutual recognition idea has already been aired by the Bank of England and the Financial Conduct Authority, and in a report drafted by the City of London and TheCityUK, which UK Finance worked with and goes into greater depth on how it could work in practice.

However, many banks and insurers doubt such a deal can be agreed anytime soon with the EU and have pushed ahead with plans to open up new EU units outside Britain by 2019 to guarantee access to their customers there.

Furthermore, the EU’s main Brexit negotiator, Michel Barnier, said last month it would be “impossible” for the bloc to automatically accept UK rules, which would be the basis for mutual recognition.

UK Finance said its proposed trade deal would be underpinned by “appropriate arrangements” between UK and EU regulators.

“The core of this would be an EU-UK financial services committee with a wide-ranging remit to institutionalise cooperation,” the document said.

The proposed trade deal seeks to address the future of 80 branches of banks across the EU, including the UK.

Britain and the EU should offer them a “commercial establishment commitment” with a “strong element of deference to home-state regulation of branches”.

Without such an agreement, branches of EU banks in Britain after Brexit face the cost of converting themselves into local subsidiaries holding their own cash and capital reserves.

A new financial services committee involving representatives of the EU and Britain should be set up to resolve any disputes involving aspects of the trade deal and discuss changes in rules, the document says.

This could be similar to the ones used by the EU and Switzerland or the Comprehensive Economic and Trade Agreement, according to the document.