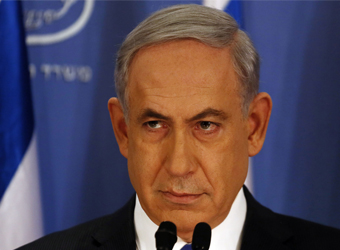 A UN spokesman said “unilateral actions” were an obstacle to peace based on a two-state solution.

It is the second such announcement by the Israeli authorities since US President Donald Trump took office.

Palestinian officials said the plans undermined peace hopes by building on land they want for a future state.

“In this respect any unilateral decision that can be an obstacle to the two-state goal is of grave concern for the secretary general.

“There is a need for the two parties to engage in a bona fide negotiation to reach the goal of two states, Israel and Palestine, two states for two people.”

Mr Trump has indicated that he will be more sympathetic to settlement construction than his predecessor, Barack Obama, and has appointed a staunch settlement supporter as his ambassador to Israel.

Last month, he criticised Mr Obama for declining to veto a UN Security Council resolution which demanded Israel immediately cease all settlement activities and warned they were “dangerously imperilling the viability of a two-state solution”.

About 500,000 Jews live in about 140 settlements built since Israel’s 1967 occupation of the West Bank and East Jerusalem.

The settlements are considered illegal under international law, although Israel disputes this.

Most of the new homes approved on Tuesday will be built in existing West Bank settlement blocs, including 902 in Ariel and 652 in Givat Zeev.

One hundred will be constructed in Beit El, a settlement near Ramallah that reportedly has received funding from a foundation run by the family of Mr Trump’s son-in-law and senior adviser, Jared Kushner.

Following the announcement, Mr Netanyahu declared on Twitter: “We are building – and continuing to build.”

On Sunday, Netanyahu reportedly told ministers that he was lifting restrictions on construction in the West Bank and East Jerusalem, as the city’s municipality approved permits for 566 new homes in the settlements of Pisgat Zeev, Ramat Shlomo and Ramot.

The prime minister also discussed the peace process with the Palestinians with Mr Trump in a telephone conversation, during which he was invited to a meeting in Washington in early February.

“The president emphasised that peace between Israel and the Palestinians can only be negotiated directly between the two parties, and that the United States will work closely with Israel to make progress towards that goal,” the White House said.

“Once again, the Israeli government has proved that it is more committed to land theft and colonialism than to the two-state solution and the requirements for peace and stability,” she said in a statement.

“Such a deliberate escalation of Israel’s illegal settlement enterprise constitutes a war crime and the flagrant violation of international law and conventions, in particular UN Security Council resolution 2334.”

Ms Ashrawi called on the U.S. and the rest of the international community to “undertake serious and concrete measures to bring about a full cessation of all settlement activities and to hold Israel to account for these disastrous plans with punitive measures and sanctions before it completes the destruction of the territorial and demographic contiguity of the West Bank”.

US Republicans lay out plans for Obamacare repeal